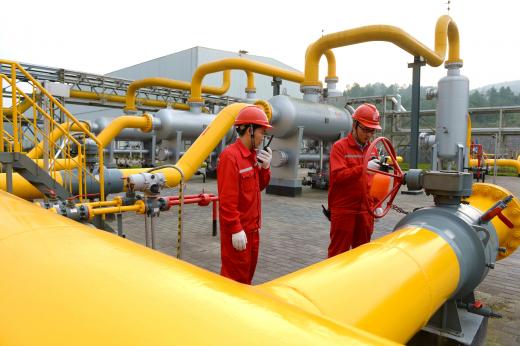 Nearly 700 new wells will come on stream between 2018 and 2020 at three key projects - Sinopec's Fu­ling, and PetroChina's Changning-Weiyuan and Zhaotong - all located in the country's southwestern region, and at a total cost of $5.5 billion, Wood Mackenzie estimated.

The forecast 17 bcm of output for 2020 falls short of China's goal of 30 bcm, which was slashed by more than half from the government's initial target set in 2012.

Despite estimates that China is home to the world's largest recoverable shale gas resource, its shale formations tend to be deeper, more fractured and located in densely populated mountainous terrains, leading to higher costs and complications in drilling.

However, State firms have managed to reduce well costs significantly - by 40 percent for exploration wells versus 2010 and 25 percent for commercial wells versus 2014 - by deploying local service companies and home-manufactured equipment, and improving drilling technologies, said Yang.