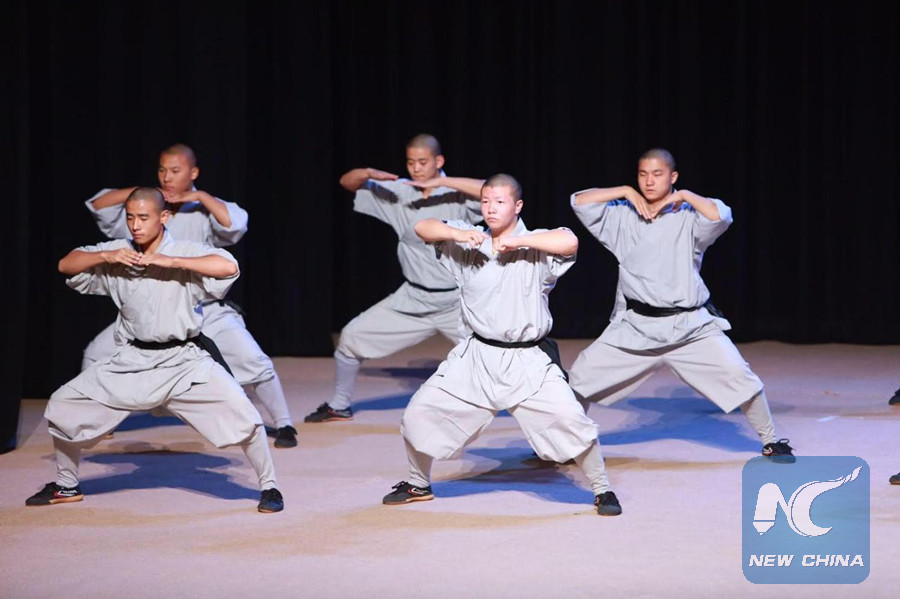 A group of Buddhist monks from China's Shaolin Temple performed Thursday night at the Qatar National Theater to celebrate the 30th anniversary of the establishment of diplomatic relations between Qatar and China.

Chinese Ambassador to Qatar Li Chen said that the friendship between China and Qatar has a long history, and over the past 30 years, the China-Qatar relations have witnessed healthy and stable development.

"In recent years, cultural exchanges between the two sides have been dazzling,'' he added. "Both China and Qatar attach great importance to the inheritance of their traditional cultures and to the learning from each other.''

The audience was amazed by the skills of the Chinese Kungfu masters.

Martial arts are national cultural quintessence of China, which have an extensive historical background and attracts people around the world.