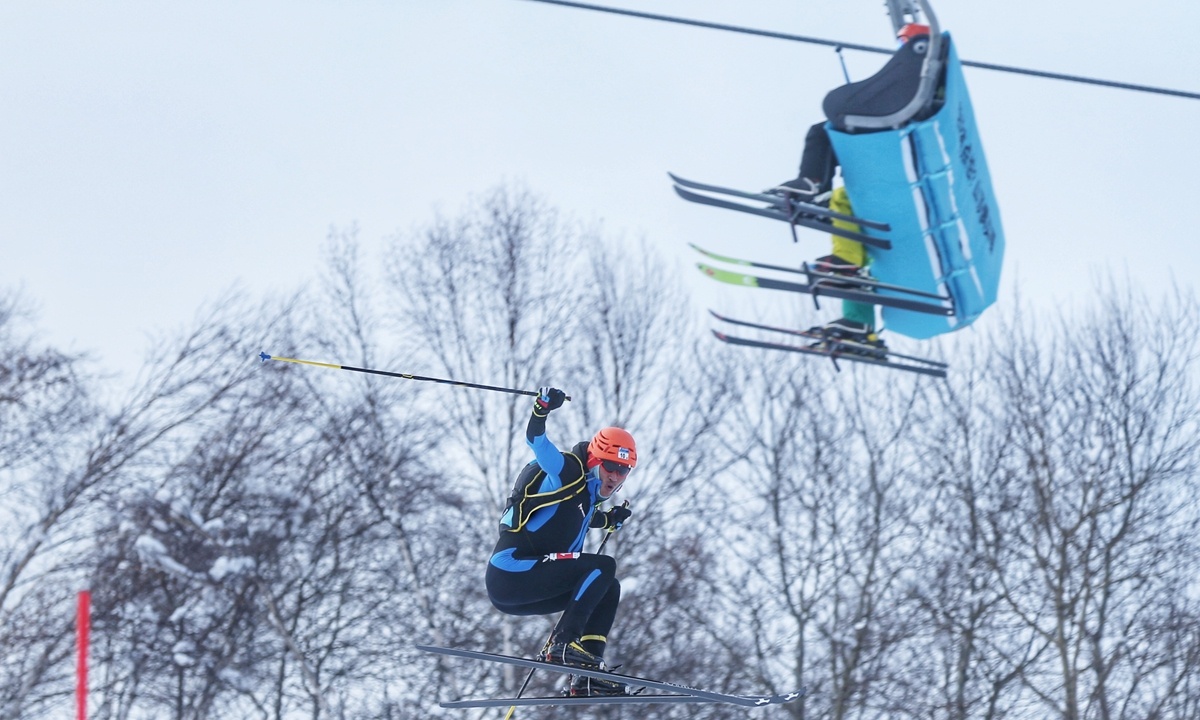 A skier poses for a photo in a resort in Zhangjiakou, North China's Hebei Province on Thursday. (Photo: GT)

Ski resorts in northern China are seeing their business skyrocket, as winter sports are getting more popular in China supported by a multi-year national campaign ahead of the 2022 Winter Olympics and domestic travel remains largely unaffected by the COVID-19 epidemic, which has been effectively controlled in the country.

"When we opened a few years ago, there was no one here skiing; even during the Chinese New Year, there were only around 300 people. Now, we have over 3,000 each day," Luo Li, chairman of Zhangjiakou Wanlong Sports and Tourism Co in the ski resort city of Zhangjiakou, North China's Hebei Province, told the Global Times on Thursday.

Luo's resort is not the only one in Zhangjiakou that has more business. A recent report from the city, which is also a host site for the Winter Olympics, said that the city is expected to see 2.4 million people come to ski by 2022 and the winter sports sector will drive 1 percent of the city's total GDP by 2025.

Luo said that the surging business has been supported by long-term investments by private businesses, as well as a national campaign to increase the popularity of winter sports ahead of the 2022 Winter Olympics in Beijing.

"As long as a decade ago, we started to offer free ski lessons for elementary school and college students -- two groups of young people who have time for the sport. Now we are seeing those people bring their own children," Luo said.

Nationally, as part of the preparation for the Winter Olympics and national exercise campaign, Chinese officials announced that measures will be taken to encourage as many as 300 million people to play winter sports.

This year's surging number of ski trips to Zhangjiakou is also helped by effective measures by China to contain the COVID-19 pandemic, which meant that domestic travel by skiers was largely unaffected.