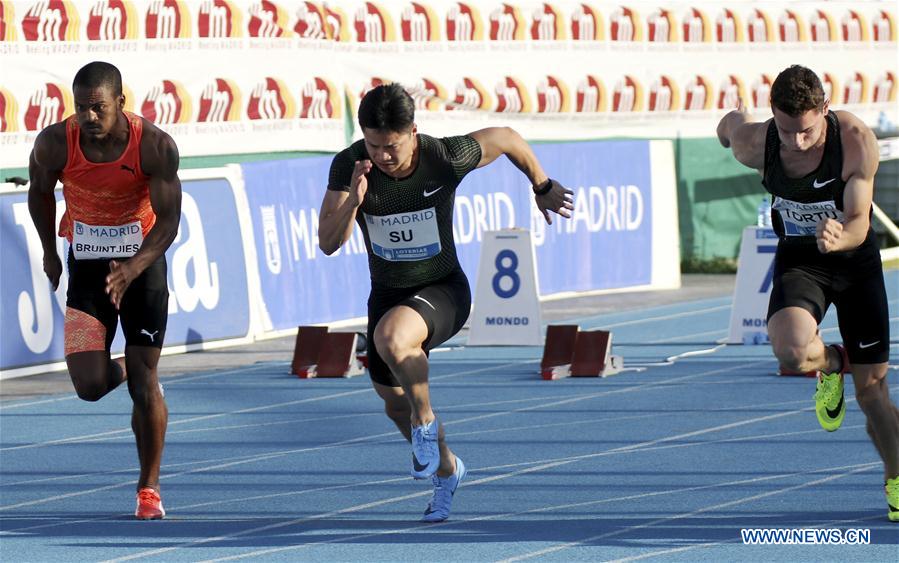 Chinese sprinter Su Bingtian won the men’s 100-meter dash final in 9.91 seconds at the IAAF world challenge meet in Madrid on Friday, equaling the Asian record set by Qatari Femi Ogunode in 2015. Su’s time is joint second in the world in 2018, second only to American Michael Rodgers’ 9.89 seconds. 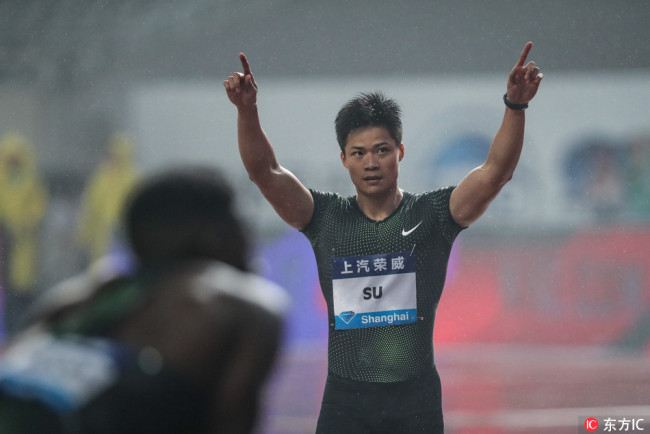 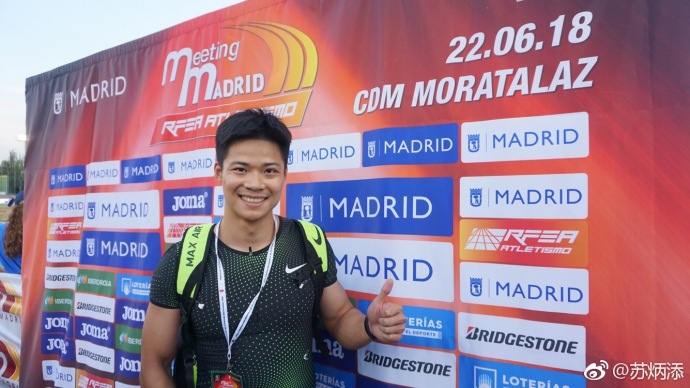 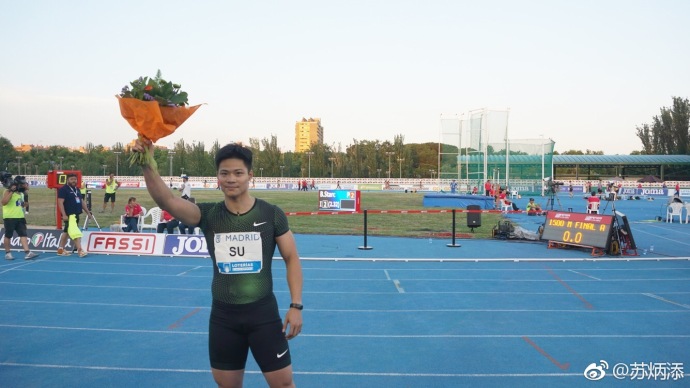