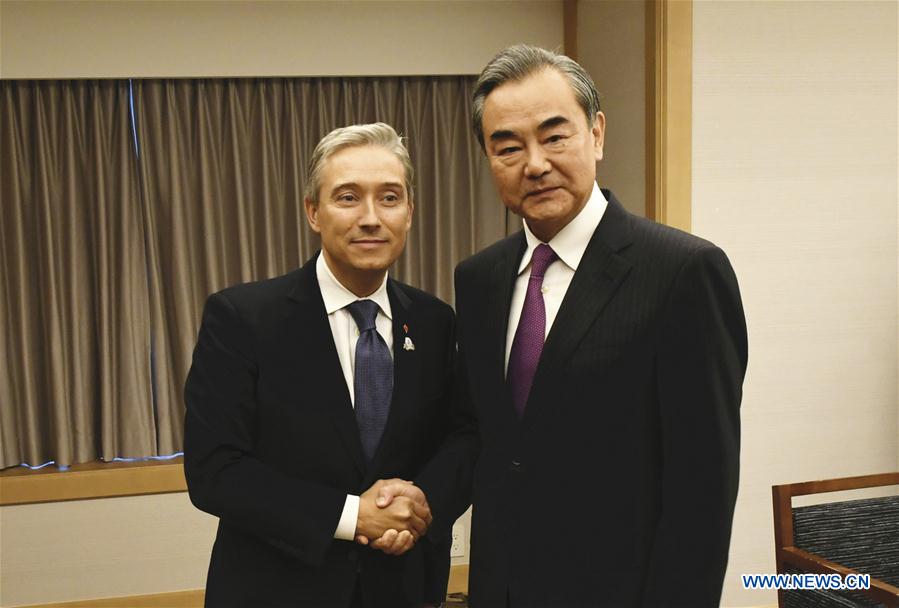 During his meeting with Canadian Foreign Minister Francois-Philippe Champagne, Wang said the year 2020 marks the 50th anniversary of the establishment of diplomatic relations between China and Canada, and both sides should cherish the interests and benefits brought about by the development of bilateral ties in the past 50 years.

The current grave difficulty in China-Canada relations lies in the arbitrary detention of a Chinese citizen on groundless charges by the Canadian side in December last year, Wang said, adding the Chinese government's determination to protect the just and legitimate rights and interests of its citizens and enterprises is unshakable.

China hopes that the new Canadian government will uphold international fairness and justice and uphold the basic norms governing international relations, make the right decision as soon as possible and take concrete measures to overcome the man-made obstacle, and bring the China-Canada relations back on track, Wang said. 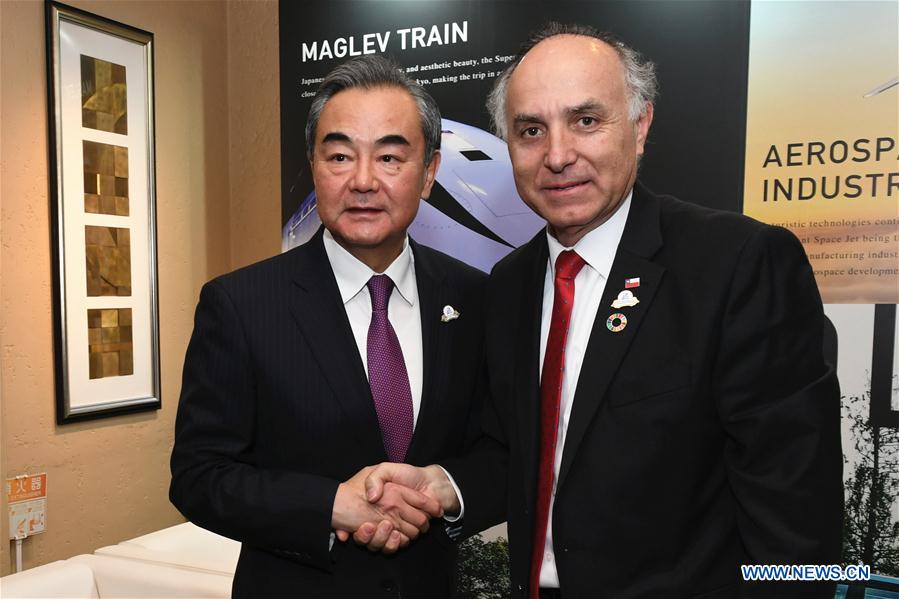 For his part, Champagne said Canada attaches great importance to developing ties with China and hopes to boost cooperation with China in all fields so as to bring the Canada-China ties to a higher level.

The Canadian side is willing to make joint efforts with China to view and deal with relevant issues from a more long-term perspective and take concrete measures to rebuild mutual trust so as to bring the bilateral relations back on track as soon as possible.

In his meeting with Dutch Foreign Minister Stef Blok, Wang said China welcomes the participation of the Netherlands to jointly build the Belt and Road and strengthen practical cooperation in areas such as ports and infrastructure between the two sides so as to inject new impetus into the development of bilateral relations and push for sustainable and steady development of ties.

Blok said that China's steady development provides opportunities for the Netherlands and China to strengthen cooperation. He said the Dutch side believes that security issues should be dealt with separately from economic, trade and scientific and technological cooperation, and no restrictive measures should be taken against specific enterprises.

The Dutch side hopes to carry out close high-level exchange of visits with China and is ready to enhance mutual understanding and trust and push forward mutually beneficial cooperation through enhanced dialogue and exchanges, Blok said.

During his meeting with Chilean Foreign Minister Teodoro Ribera, Wang said that China supports Chile's efforts to restore public order and believes that the Chilean government and people are capable of maintaining national stability.

China has confidence in Chile's development prospects and the future cooperation between the two countries, Wang said, adding China is ready to work with Chile to further strengthen bilateral exchanges and cooperation in various fields.

Ribera said that Chile attaches great importance to developing friendly cooperative relations with China, and hopes to maintain high-level exchanges with China and expand cooperation in trade and agriculture as well as other areas for the benefits of the two peoples.