Chinese state councilor's visit to US conducive to bilateral cooperation 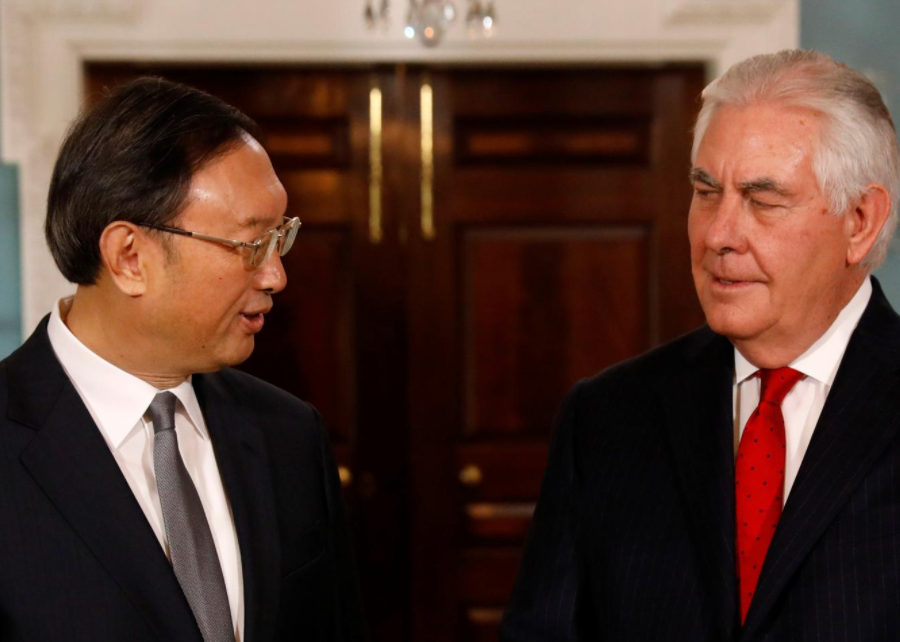 Lu told the media that Yang's two-day visit has enabled the two sides to exchange views on bilateral ties and important international and regional issues of mutual concern.

He said during Yang's visit on Feb. 8-9, the two sides announced to hold the second round of the Diplomatic and Security Dialogue in China during the first half of the year.

Beijing and Washington will also hold the Law Enforcement and Cyber Security Dialogue, the Social and Cultural Issues Dialogue, and the Comprehensive Economic Dialogue in 2018.

Yang said during the meetings that progress has been made in the bilateral relations over the past year under the guidance of Chinese President Xi Jinping and Trump, who agreed during their meeting in Beijing last November that China and the United States have wide-ranging common interests and the significant responsibilities of securing world peace, prosperity and stability.

Yang said the two leaders also agreed that the China-US ties have global relevance, and promoting the bilateral relationship is not only in line with the fundamental interests of the two peoples, but also meets the common aspirations of international society.

Yang said that the two sides are expected to implement the consensus reached by the two leaders at their Beijing meeting, maintain close contacts at all levels, make good use of the four high-level dialogue channels, and expand their cooperation in economy and trade, military, law enforcement, drug control and people-to-people exchanges, among other areas.

Yang said the two countries should manage and control their disputes and sensitive issues properly, in a bid to bring more positive elements to the bilateral relations.

According to Lu, the US side agreed that the United States and China have made positive progress in dealing with bilateral ties, and Washington is willing to strengthen cooperation with Beijing to build a fruitful and constructive relationship.

It also said it is ready to work with China to consolidate and expand the win-win cooperation, and properly settle disputes with mutual respect so as to propel bilateral ties.

He said the China-US economic and trade relations have been proved reciprocal in nature, bringing huge benefits to the two peoples.

For its part, the US side agreed on the significance of China-US trade ties, saying it is willing to work with China to fortify and seek to solve bilateral economic and trade issues in a more effective manner.