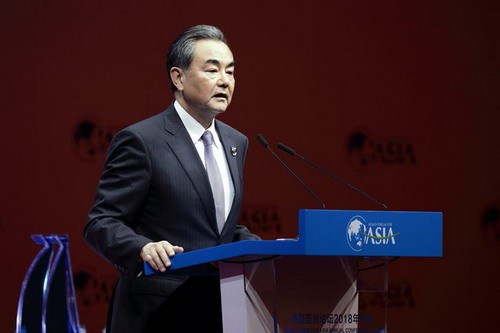 Chinese State Councilor and Foreign Minister Wang Yi will pay an official visit to Japan from Sunday to next Tuesday and co-chair the fourth high-level economic dialogue between China and Japan with Japanese Foreign Minister Taro Kono.

Foreign Ministry spokesperson Geng Shuang made the announcement on Wednesday.

The dialogue is the highest level economic cooperation mechanism between the two countries. The third meeting was held in 2010 in Beijing.