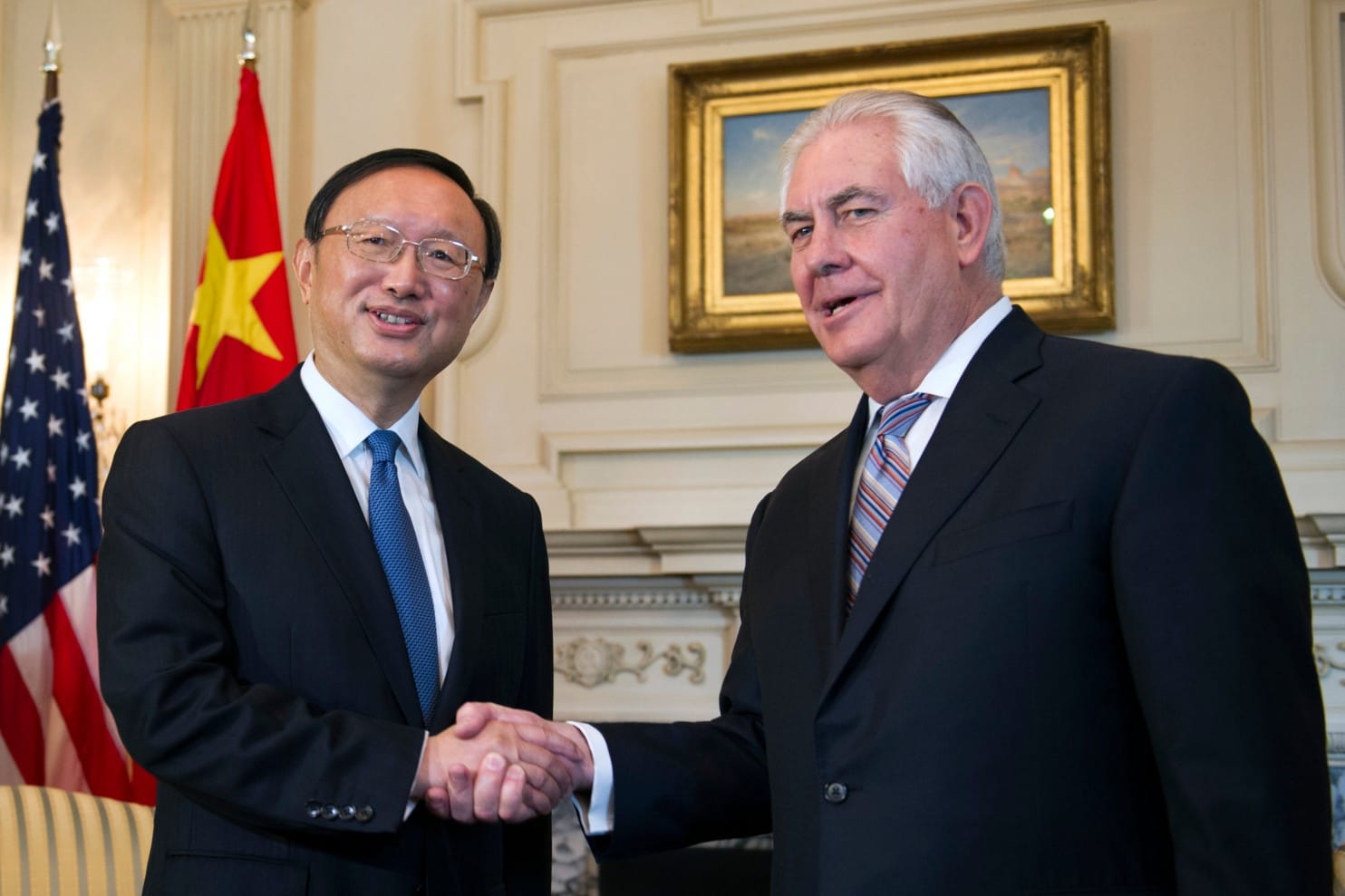 Chinese State Councilor Yang Jiechi called for global support for inter-Korean rapport and the continued easing of tensions on the Korean Peninsula during his meeting with U.S. Secretary of State Rex Tillerson here on Thursday.China has always been committed to the denuclearization of the Korean Peninsula and maintaining its peace and stability, said Yang, adding that issues on the Korean Peninsula should be solved through dialogue and negotiation.The situation on the peninsula is undergoing positive changes recently as South Korea and the Democratic People's Republic of Korea (DPRK) are using the PyeongChang Winter Olympics to restart dialogue.South Korean President Moon Jae-in is scheduled to have lunch Saturday with a high-ranking DPRK delegation, led by Kim Yong Nam, president of the Presidium of the Supreme People's Assembly.Among the delegation is Kim Yo Jong, the younger sister of top DPRK leader Kim Jong Un. South Korea's presidential Blue House saw a visit by Kim Yo Jong as meaningful to ease tensions.Despite tension easing on the Korean Peninsula, Washington has been sticking to a strategy of "maximum pressure" on the DPRK to force it to abandon its nuclear weapons programs, but so far has failed to achieve its goals.The United States has imposed multiple rounds of sanctions on Pyongyang and launched a string of international events to engage other nations in the campaign.Earlier this week, U.S. Vice President Mike Pence even announced during his visit in Tokyo that Washington will slap fresh sanctions on the DPRK, which will be "the toughest and most aggressive."Analysts say that Washington's moves could undermine joint efforts to seek a resolution on the nuclear issue.