CHINA Chinese still most number of overseas students at US colleges

Chinese still most number of overseas students at US colleges 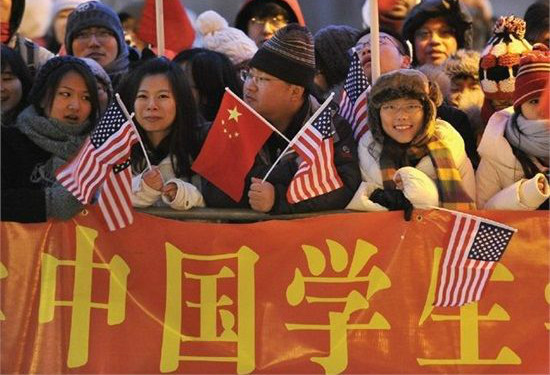 China remained the country with the most students in US universities in the 2016-2017 academic year, according to the US Consulate General Shanghai.

A total of 350,755 Chinese students were enrolled at US institutions of higher education in the academic year, up 6.8 percent, retaining China's top spot for the eighth year, it said at a press conference Tuesday.

The report was published by the Institute of International Education, an American nonprofit organization together with the US Department of State's Bureau of Educational and Cultural Affairs.

Chinese students made up 32.5 percent of all international students in the US. Of them, 142,851 were undergraduates, a 5.3 percent increase. The number of Chinese graduate students increased by 4.1 percent.

China is the sixth most popular destination for US students studying abroad, with close to 12,000 in China during the 2015-2016 academic year.