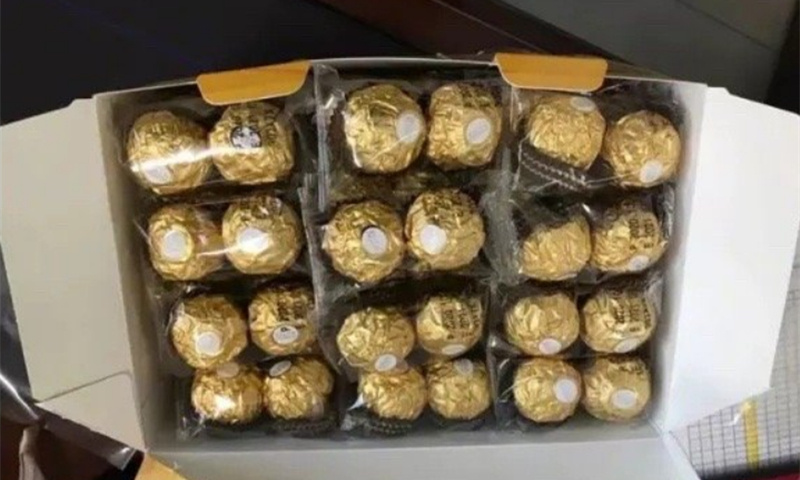 The chocolates that a HIT dormitory receptionist sends to students on Thanksgiving Day (Photo: Weibo)

A heated debate broke out on social media on Friday after a Chinese college student threatened to report his dormitory receptionist for "celebrating Thanksgiving Day." While many online users criticized the student for turning against a goodwill gesture, some said there are good reasons not to celebrate the festival in the institute unfairly targeted by the US government.

The involved student is a male PhD candidate at Harbin Institute of Technology (HIT), a renowned university in Northeast China's Heilongjiang Province that had been in the spotlight earlier this year for being put onto the US Entity List in May.

According to the screenshots spread on Sina Weibo, the dormitory receptionist posted on WeChat on Thursday, this year's Thanksgiving Day, that she would send students candies to express her thanks for their support of her work.

The student commented under this post, criticizing the receptionist for "improperly celebrating a foreign festival." "Please stop it, or I will report you to the college administration," he wrote.

The receptionist apologized after being criticized, and withdrew her "Thanksgiving candies," as shown in WeChat screenshots.

After the incident went viral online, HIT responded on Friday saying that it doesn't encourage celebrating foreign festivals with religious connotations on campus. "The dormitory receptionist sent chocolates out of kindness, and what the student did was also no more than a kindly reminder," the college stated on Weibo.

Several HIT students confirmed the incident to the Global Times on Friday. Tang (pseudonym), a student who lives at the same dormitory building as the involved PhD student does, where this receptionist works, said the receptionist did send candies or chocolates to some students on the building's first floor on Thursday morning. "I was in bed at the time and missed it, but some of my classmates got the gifts," he told the Global Times on Friday. 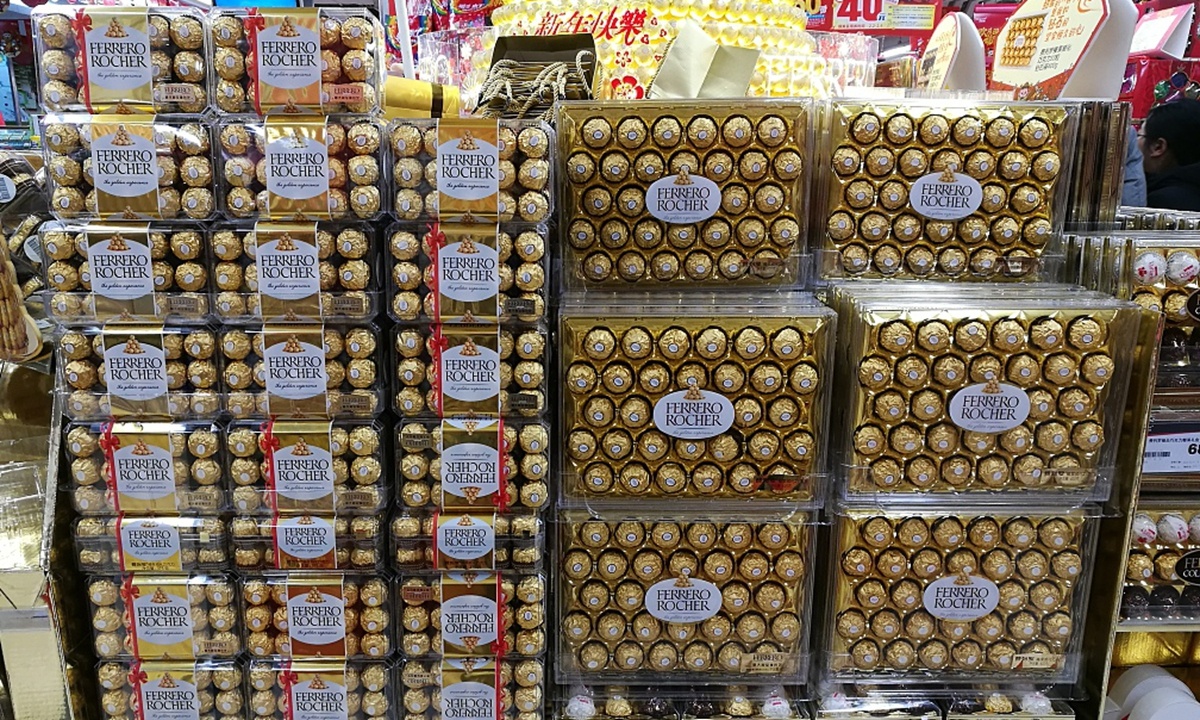 Tang said he didn't approve of the behavior of this student. "I've no idea what made him uncomfortable," Tang said. "It was about a kind, nonreligious lady expressing her thanks on a day that happened to be a Western festival, nothing to do with 'spreading religion' or whatever."

The incident caused a stir online on Friday with related Weibo topics having got more than 67 million views in the afternoon. Netizens were divided in opinions, with most Weibo users blaming the student for what they said inappropriately labeling and exaggerating the receptionist's behavior.

A few other users supported him, saying it is understandable for a student of a college being unfairly treated by the US to turn down US-originated festivals. Earlier this year, students at several Chinese universities including HIT were banned from using MATLAB, a computer programming environment, due to US sanctions.

"It's fair enough for some HIT students who feel antipathy against the US to dislike the country's festivals like Thanksgiving," a user commented on Friday. "Let alone that Thanksgiving is controversial in itself, reminding people of a dark history for native Indians in the US."

The receptionist didn't receive any punishment for the Thanksgiving incident, a staffer with HIT's rear-service department told the Global Time on Friday.

It is unblameable for individuals to celebrate Western festivals, which is not banned by Chinese laws, said educationalist Xiong Bingqi, deputy director of the Shanghai-based 21st Century Education Research Institute. The student who threatened to report the receptionist abused his right to report, Xiong said.

"We encourage students to report those who violate their legal rights. But the reporting mechanism should not be a tool to attack others," he said.