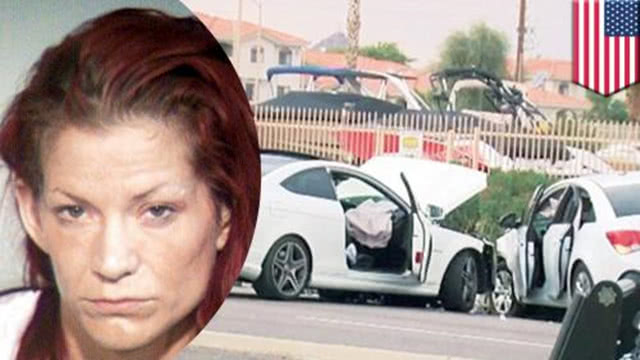 The relatives of a Chinese international student killed in Arizona in 2016 demanded that the alleged shooter be charged with first-degree murder at a press conference in Los Angeles.

Jiang Yue's family claimed that the suspect, Holly Davis, entered into a plea deal with the prosecution in February without the victim's family's knowledge. Davis pleaded guilty to second-degree murder in exchange for a 25-year-sentence and a $250,000 restitution fee.

"After the shooting, we held on to the hope every passing second that the American justice system would help return fairness to Jiang Yue," Xu Xiang, Jiang's cousin, said at the meeting held at Deng Law Center on Friday. "But sadly, two years later, we had to find out through the media that the prosecutor reached a plea agreement with Davis."

Jiang's family members, who live in China, did not find out about the plea deal until they read about it in the Chinese media in April, Xu said.

After contacting the prosecutor in the case, Stephanie Low, and the Maricopa County Attorney's Victim Service Office, she was told that staff had already sent a letter to Jiang's family about the plea deal on Oct 31, 2017, but Jiang's family members did not recall seeing it, Xu said.

Daniel Deng of Deng Law Center said Judge Warren Granville at the Maricopa County Superior Court in Arizona will hear the case on June 15, and he hoped that Granville would rescind the plea deal and charge Davis with first-degree murder, or let the jury decide on a charge for Davis.

He urged the Chinese-American community to send a letter to Granville's office and the district attorney's office to appeal for their help before Granville hears the case.

Holly Davis allegedly shot Jiang, then a sophomore at Arizona State University, after the two cars collided at a red light in Tempe, Arizona in January 2016.

Davis struck Jiang's car from behind while the 19-year-old was at a red light. Jiang's boyfriend Chen Endong was in the car with her. He realized that Davis had a gun after he got out to inspect damage to the car.

Chen then got back to the car and told Jiang to drive away, but Davis got out of her car and shot Jiang multiple times in the chest.

Davis reportedly expressed a desire to be shot by police.

A Change.org petition started by the Jiang family calling for justice had reached 10,000 signatures as of Sunday afternoon.

In a related note, the sentencing date for two of the four alleged suspects in the case of Ji Xinran, another international student killed while studying in the US, has been moved from June 8 to July 13, according to Greg Risling, a spokesperson for the Los Angeles County District Attorney's Office.

Ji, an engineering student at the University of Southern California, was killed in July 2014 while he was walking home from a study group at night.

Risling said the reason for the delay was still unknown.