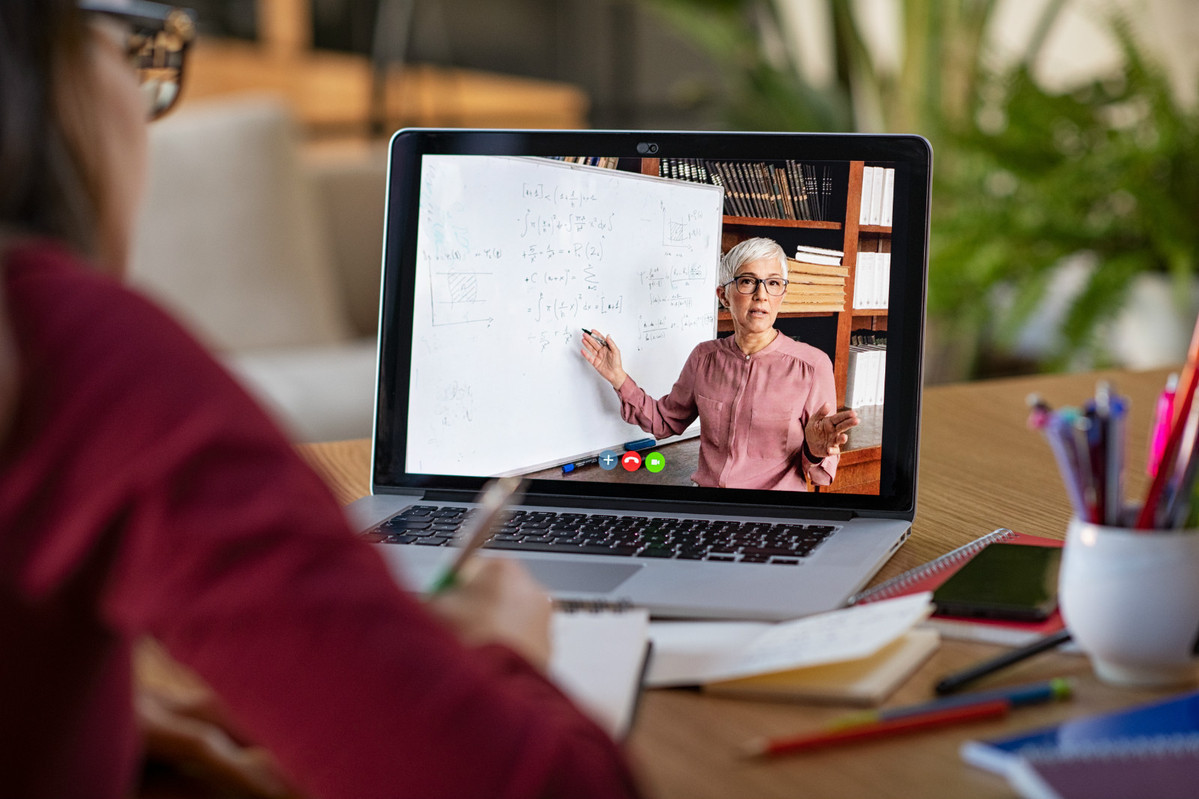 For 18-year-old Wang Qianlin, the excitement of being accepted as a student at the University of California, Berkeley, in the United States ended abruptly when she learned that she could only study at her dream school via online courses at her home in Beijing.

Due to the COVID-19 pandemic, the university has moved its courses for the 2020 fall semester online, and she has spent the last several months attending an online university.

Taking a gap year was not a good choice because she said she could not find a good part-time job in Beijing as she had just graduated from high school, so she began to take online courses in late August.

"I had great difficulty adjusting to the new learning mode and there was little interaction between teachers and students as the courses are prerecorded."

Moreover, although the school has arranged live weekly discussions to improve teacher-student interaction, these were from 2 am to 4 am Beijing time.

"I needed to set the alarm clock for these, and one time I just did not wake up."

Not being able to go to the university also meant she could not enjoy the campus life she had dreamed about in high school, she said.

"Moreover, my parents believe the $22,000 annual tuition fees are a waste of money. They did not understand what I was doing over the past few months and think I have wasted the time."

Though the pandemic has disrupted plans for many prospective international students, research published by London-based higher education analysts QS Quacquarelli Symonds in June showed that very few Chinese students thought of giving up their plans to study overseas.

The research showed that although a large number of international students are choosing to either defer or delay their entry, only 4 percent of students in China said that they're no longer willing to study overseas, and 66 percent said the pandemic had impacted their overseas study plans.

A total of 703,500 Chinese students went abroad to study last year, up 6.25 percent from a year earlier, according to the Ministry of Education.

Chen Yuan, a 21-year-old student from Shanghai, said her efforts to continue her studies at the University of Sydney had been particularly difficult.

As Australia has banned direct travel from the Chinese mainland since January, she took a flight to Thailand on Feb 28 and after she was quarantined for 14 days, she took another flight from Thailand to Australia on March 13.

However, as the pandemic started to became more serious in Australia in March, the school was closed and she returned home to Shanghai in late March.

"I could not get used to taking online courses for a long time because I was basically learning by myself as all of the courses were prerecorded," the sophomore said.

"Rather than instant feedback in face-to-face courses, we can only communicate with the teachers via e-mail or the discussion board at the website," she said. "The live sessions on Zoom were often interrupted by poor internet connections or hampered by unfamiliarity with the software."

For 24-year-old Guo Kaidong, however, taking online courses at his home in Hangzhou, Zhejiang province, did not bother him much.

Guo, a first-year PhD candidate at University College London, said that although the university had arranged chartered flights to bring Chinese students to the school before the fall semester, he did not want to go because the pandemic had not been contained in the UK. Moreover, all courses had moved online and the school library was closed.

As a PhD candidate in social sciences, he does not need to take many courses, and he could read related literature and write his paper at home, he said.

Staying at home was also much more economical, as rent and other expenses in London would be much higher, he said, adding that he was also glad to be accompanied by his parents and friends.

However, the immense academic pressure he was under also forced him to spend most of his time in the past few months glued to his computer, he said.

Due to the time difference, his academic day ended around midnight and sometimes went into the early hours of the next day, he said, adding that he did not leave his house for the most of November as he was busy finishing a paper.

To help Chinese students deal with the difficulties in studying abroad during the pandemic, the Ministry of Education announced in September that it would allow Chinese-foreign joint learning institutions and programs to enroll students who have been admitted to foreign universities but cannot study abroad due to the pandemic.

Liu Jin, director of the ministry's department of international cooperation and exchanges, said recently that institutions and programs at 94 domestic universities had enrolled 3,031 Chinese students in this category.

Cheng Jiacai, director of the ministry's Chinese Service Center for Scholarly Exchange, said for students pursuing full-time degrees abroad but forced to take online courses, the time they spend in China taking the courses also counts when they get their overseas degrees accredited by the center.

Wang, Chen and Guo's universities have all announced that the 2021 spring semester would also be moved online, so they have to continue online learning in China.

"We are all waiting for the signal that everything is all right again and that we will be able to return to our university," Wang said. "We cannot wait to end the online courses."