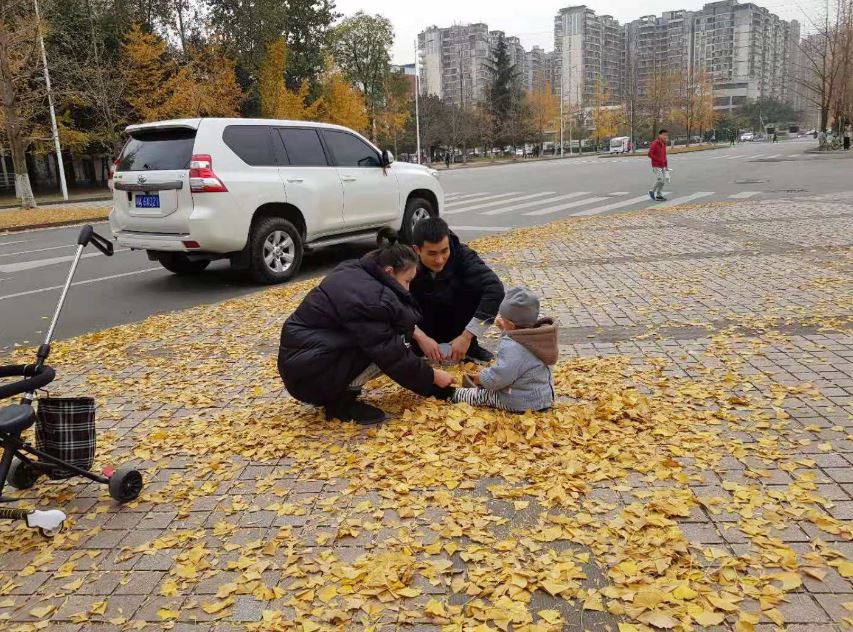 A young couple plays with their child at Jiaotong University in Shanghai. (Photo: CGTN)

“To put yourself in the shoes of another - taking the opposite into consideration.”

“Do not compare your partner to that of others.”

“To make loving and being kind to each other a natural habit.”

The above are some of the key takeaways on a Tuesday afternoon for students undertaking the ‘Art of Getting Along with the Opposite Sex' course at Southwest Jiaotong University.

The interdisciplinary course in love psychology is the university's first close-knit one - it has only 30 students - and it incorporates both theory and practical exercises into its lessons.

It's nearing the final leg of the inaugural 14-week course, and this class is now geared towards marriage - its sacrifices, benefits and adjustments. And the first few chapters touched on ways to build a good impression, meet the right person, and date.

Never too early to learn about marriage

Gao Fei, the founder and teacher of the course, gets students to express their thoughts through the colors of scarves, and through discussion in small groups.

“Parents in China demanded their children study well when [they were] students, and expect them [to deliver] the same when they are the age of marriage. But that's not the case, he or she still needs to learn [how to build a relationship],” Gao told CGTN.

“Many may experience the vicious cycle of marriage, divorce, remarriage and divorce. If students have the opportunity to learn about getting along with others at a young age, in a formal channel such as in college, I can't guarantee but this may help lessen his or her suffering thereafter,” she added.

Gao cited the divorce rate in China, which has been increasing over the past eight years.

“And most of those divorced belong to the post-80s and even the 90s age group. The analysis shows this is due to one's pursuit of individual freedom,” Gao said.

“A huge part is also because they don't know the source of pain when challenges in a marriage occur, so they feel it's better to just change partners. But if this mindset is not changed, even changing a partner is futile.”

Hou Shufen, a logistics undergraduate student, deems the course helpful for her to find a boyfriend in the future. It has also opened her eyes to the feelings and expectations of the opposite sex.

“In this class, the boys shared their views on changes they may encounter from dating up until marriage. We don't often understand this as girls, because we wouldn't usually ask the opposite sex this,” she said.

Meanwhile, Ji Zesen, an engineering undergraduate student, said this course is necessary for university students, especially those undergoing technical degrees as many of whom lack communication and interpersonal skills.

“If we can manage getting along with the opposite sex well, I believe we can also communicate better with the elderly, strangers, and people of the same sex. These skills are useful in life,” Ji said.

“For example, I have now learned to put myself in the shoes of another, to be more considerate and seek to understand the other better.”

The class ended with a mission posed by Gao Fei to her students: “Recall a moment which makes you happy”

“Express this to the other person, thank that person while he or she is still alive,” she told her students.