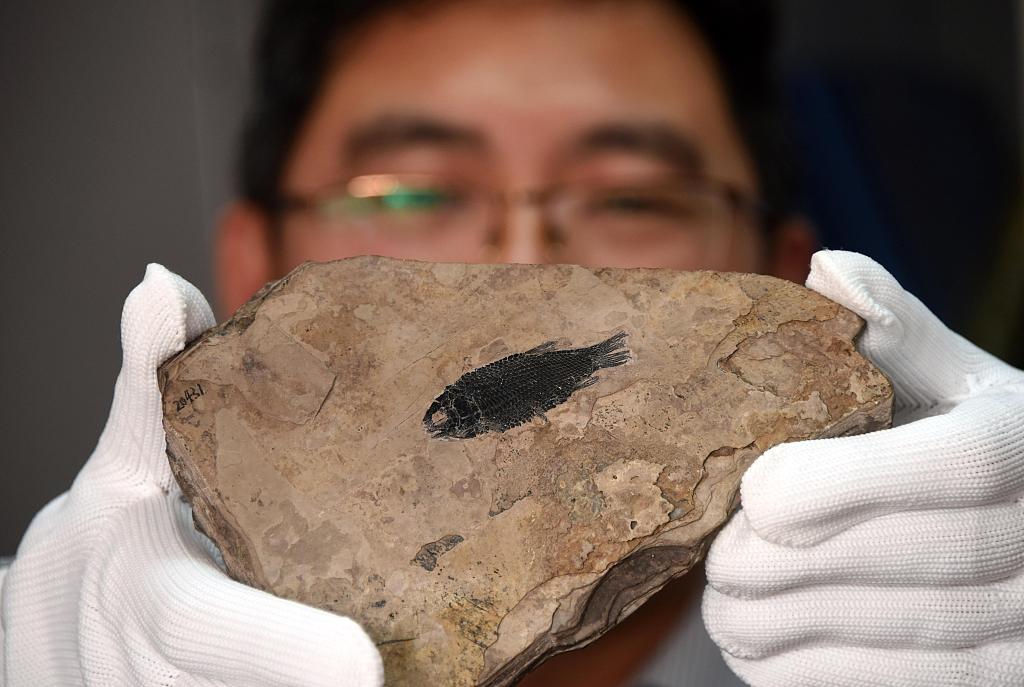 BEIJING, March 24 (Xinhua) -- Fish fossils, dating back about 425 million years ago, are providing insights into the evolution of scales on bony fishes.

Diversified scales are one of the most obvious exterior characteristics of fish and they can be distributed in different areas of a fish in different shapes, which is called as squamation by scientists, said Cui Xindong, a member of a research team from the Institute of Vertebrate Paleontology and Paleoanthropology (IVPP) of the Chinese Academy of Sciences.

Researchers at IVPP have studied the morphology and squamation of scales on five fossils of a kind of ancient fish named Guiyu oneiros, or "dreamlike ghost fish."

The research was recently published on Scientific Reports, an online sub-journal of Nature.

The earliest bony fish fossils date back to the Silurian period (444 to 419 million years ago). However, most of the fossils with scales are in small fragments, making it hard to get a complete picture of the morphology and squamation of the scales. Some scales might be from the same fish, but were mistaken as different species, said Cui.

Using high-resolution computed tomography and 3D reconstruction technology, scientists built a 3D model of more than 1,000 scales of the ancient fish, and divided them into four main belts, comprising 16 areas.

It reveals that the pattern of scales on early bony fish is more complicated than previously thought, said Cui.

Most fishes today have scales, which are dermal derivatives and important for fishes. Scales protect fish from external objects to a certain extent. The surface of the scales is covered with mucus that can ward off bacteria and help reduce friction in water and speed up swimming, Cui explained.

The early evolution of fish scales is still unclear due to the lack of a fossil record. The oldest vertebrates ever found, including Myllokunmingia and Haikouichthys, two fishes dating back more than 520 million years, had no scales.

The earliest scales might appear in the Ordovician period from 444 million to 485 million years ago. There is a trend of scales evolving from thick and heavy to thin, light and soft, enabling fish to swim swiftly, said Cui.

Only "the tip of the iceberg" of the countless fish scale fossils hidden in the ground has been found and just a small proportion of those has been available to study, Zhu added. "There is much work for us to do."