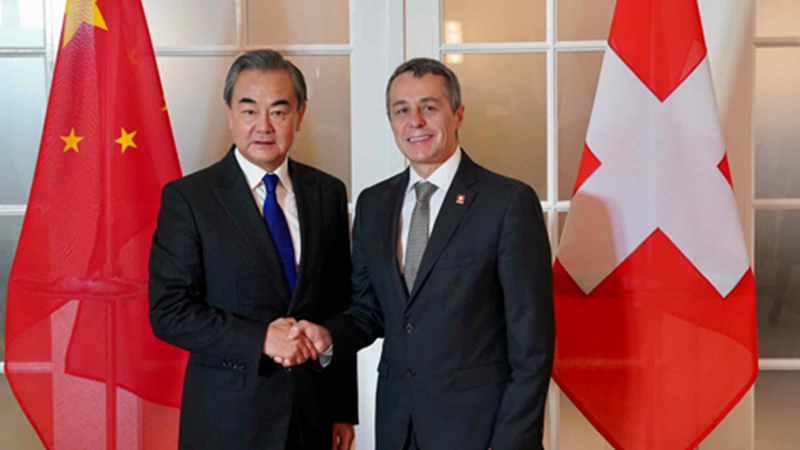 The two foreign ministers applauded the strengthening of diplomatic and economic relations between their countries.

The two countries will mark the 70th anniversary of the diplomatic relationship in 2020, and both sides should take the chance to strengthen non-governmental exchange, Wang said.

He also called on efforts to defend multilateralism and open and free trade.

China will continue to open its market and create a fair and transparent investment environment, the minister said.

Sino-Swiss relations have been developing soundly and the two sides should take the opportunity of the Belt and Road Initiative and deepen cooperation in such areas as investment, technology and finance, Wang added.

The two foreign ministers also continued with a broad exchange of views on some international issues.