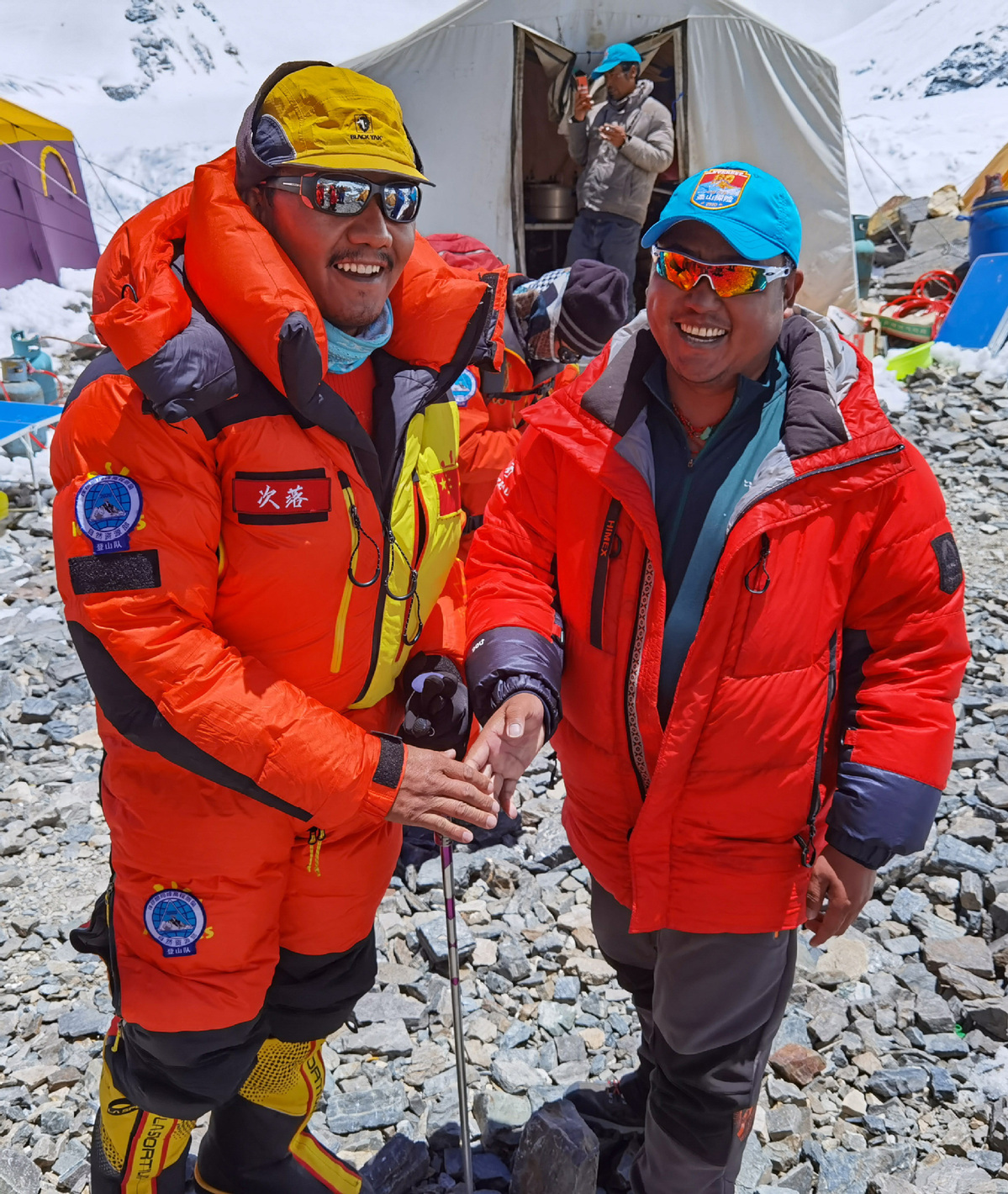 Two members of a Chinese mountaineering team pose for a photo before leaving the advanced base camp of Mount Qomolangma for the third attempt to reach the peak of the mountain, on May 24, 2020. (Photo: Xinhua)

Chinese surveyors and mountaineers arrived at the advance camp at Mount Qomolangma at an altitude of 7,028 meters on Sunday, and are expected to reach the summit on May 27, according to the Ministry of Natural Resources.

It will be the third time for the team to head to the world peak within this month. The previous two attempts failed due to the change of weather that brought heavy snow.

A team of over 30 Chinese surveyors left the base at the attitude of 6,500 meters on Sunday afternoon for a higher spot on their journey to the peak, as they endeavor to accomplish a mission to remeasure the height of the world's highest mountain.

Located at the China-Nepal border, Mount Qomolangma, known as Mount Everest in the West, is the world's highest peak, with its north part located in Xigaze prefecture of Tibet autonomous region.

Since the founding of the People's Republic of China in 1949, Chinese surveyors have conducted six rounds of measurements and scientific research on Mount Qomolangma and calculated the height of the peak twice in 1975 and 2005, 8,848.13 meters and 8,844.43 meters, respectively.

The first Geodetic Surveying Brigade under the Ministry of Natural Resources and the China Mountaineering Team are the two parties carrying out the project this year.