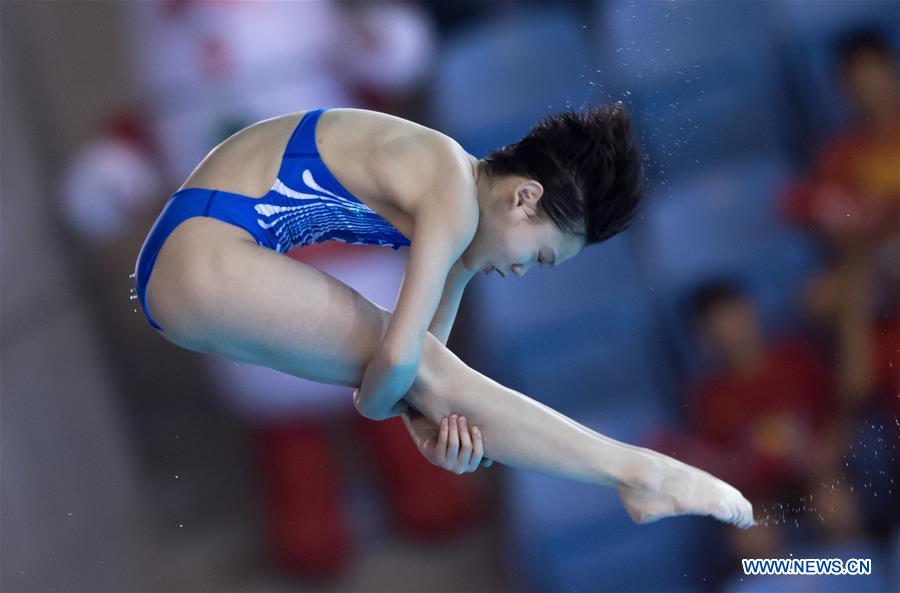 Ren, the gold medalist of the discipline at Rio 2016, won the silver with a total score of 403.85. Malaysia's Pamg Pandelela took last place on the podium with 349.15.

"I was satisfied with my performance today. Overall, I did well but there is still something I can improve," the 14-year-old Zhang said after the competition.

"My diving in the semifinal was not so good, but I was telling myself to relax and finish my dives one by one with my level in the final," she added.

The Beijing native has emerged as a diving powerhouse and one of China's most talented youth stars in recent years, during which she has won the gold at the Chinese National Games and back-to-back titles at the FINA Diving World Series Beijing and Fuji stops.

Zhang says her focus is staying grounded and humble.

"Compared with other experienced divers liker Ren, I was not as consistent as her, I have to learn a lot from her," she said.

Zhang's first World Cup has not yet finished. She will partner with Zhang Minjie to compete in the women's double 10m platform on Thursday.