CHINA Chinese the most trustful of government: survey

Chinese the most trustful of government: survey 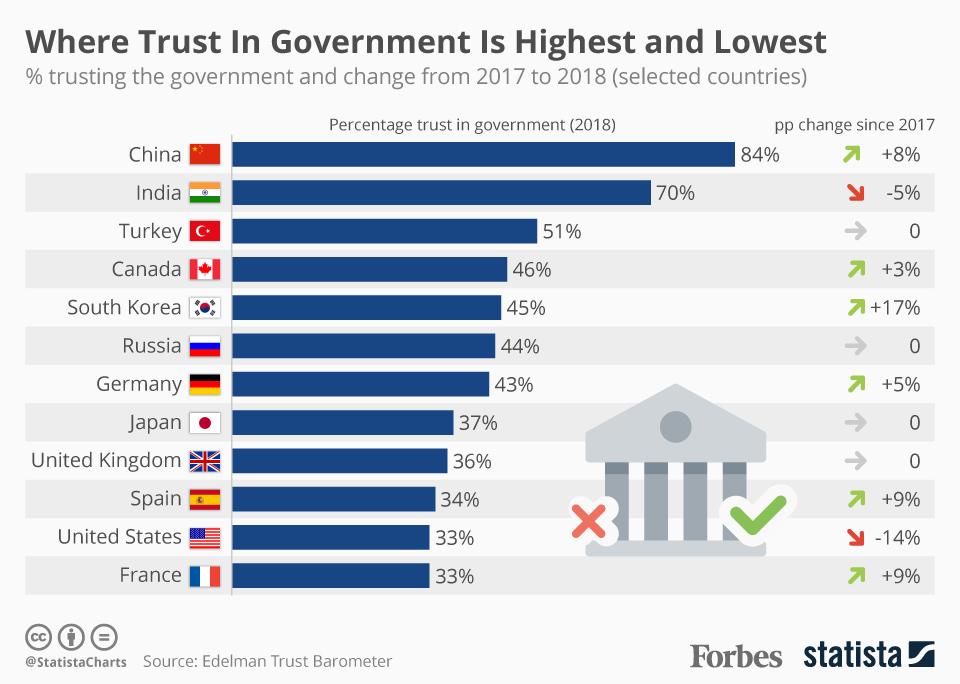 The Chinese government commands the highest rate of trust from its citizens, according to a survey conducted by Edelman, one of the top five global public relations firms.

The 2018 Edelman Trust Barometer released last Sunday shows 84 percent of people in China trust their government, the highest level worldwide, with an 8 percentage point increase from 2017. Joining China at the top of the Trust Index are India, Indonesia, UAE and Singapore. Indians scored the second spot as seven out of every 10 people have faith in the political process there.

With Brexit dividing the UK more than at any other time in modern history, only 36 percent of respondents said they trust the government. That is also unchanged from last year.

The survey also noticed that the US government had suffered the largest-ever-recorded faith crisis in history as trust among the general population fell nine points to 43, placing it in the lower quarter of the 28-country Trust Index. No country saw steeper declines than the United States, with a 37-point aggregate drop in trust across all institutions while China experienced a 27-point gain, more than any other country.

The study reveals a world of seemingly stagnant distrust after contacting 32,200 inquirers from 28 countries. People's trust in business, government, NGOs and media remained mostly unchanged from 2017 - 20 of 28 nations surveyed now lie in low trust territory, up one from last year. Dramatic shifts are taking place at the country level and within the institution of media.