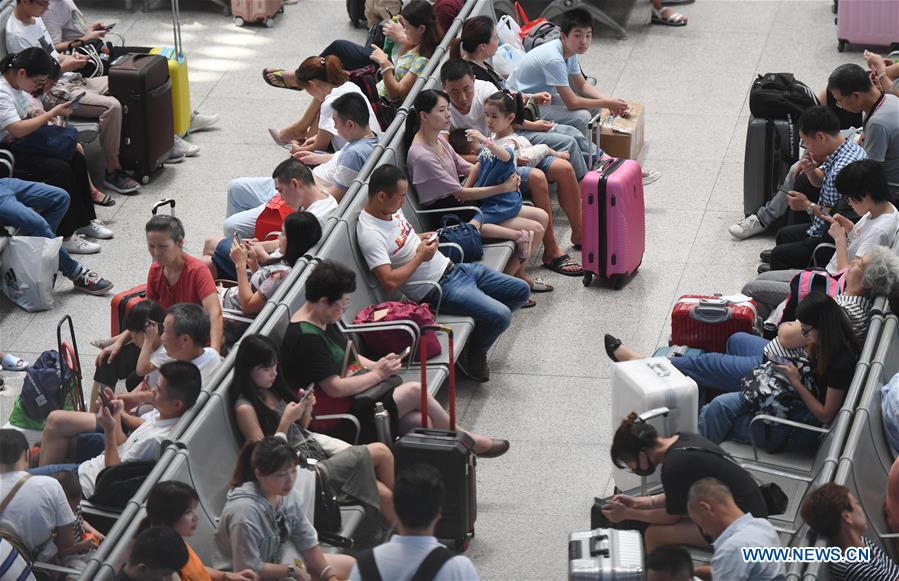 Passengers wait for trains at Fuzhou Railway Station in Fujian province, Aug 27, 2019. The railway system has witnessed a travel rush recently as this year's "summer transport" will come to an end on Aug 31. (Photo: Xinhua)

SHANGHAI, Aug. 27 (Xinhua) -- Chinese citizens will make about 800 million trips to destinations at home and abroad during the upcoming National Day holiday, according to a report from China's largest online travel agency Ctrip.

Ctrip users have booked trips to 90 countries and regions through the online platform for the week-long holiday in early October, said the report.

Based on growth rates over the past three years, about 800 million trips may be made during the upcoming holiday, said Peng Liang with Ctrip's tourist data research center.

Domestic tours will continue to boom this year as Chinese people are more willing to travel in homeland to celebrate the 70th anniversary of the founding of the People's Republic of China, Peng said, also underlining a series of measure to boost cultural and tourism consumption.

First-tier cities including Shanghai, Beijing and Guangzhou remained the largest sources of visitors while county-level cities marked a faster growth in terms of tourist numbers. More than half of the travelers will be young people aged between 20 and 40, while nearly one-third of tourists will be children with their parents, the booking data showed.

Chinese will also make millions of outbound trips during the holiday thanks to an increase in direct international flights and convenient visa policies, according to the report.