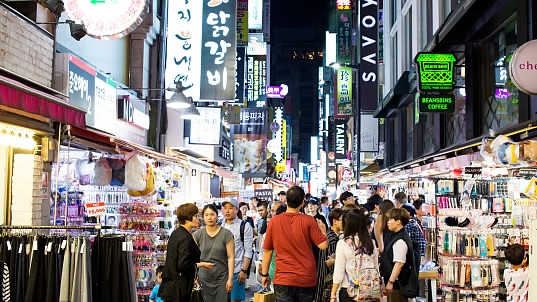 The number of Chinese tourists visiting South Korea topped 400,000 in March for the first time since February last year, rebounding from a sharp fall.

Reports from the Justice Ministry said the number of Chinese tourists increased 16.5 percent from a month earlier to 427,628 in March. Compared with the corresponding number a year earlier, it showed 13 percent growth.

The report also showed the number of foreign tourists visiting South Korea has reached 1,398,000 in March, a 29.7 percent growth from last month or an 11.4 percent increase from a year ago.

Foreigners who stayed in South Korea totaled 2,254,000 in March, among which 45.7 percent are Chinese passport holders, followed by Vietnamese and Thai which take up 7.0 percent and 7.4 percent, respectively.

Foreign students studying in South Korea reached 151,000 in March, among which Chinese students accounted for 47.3 percent.