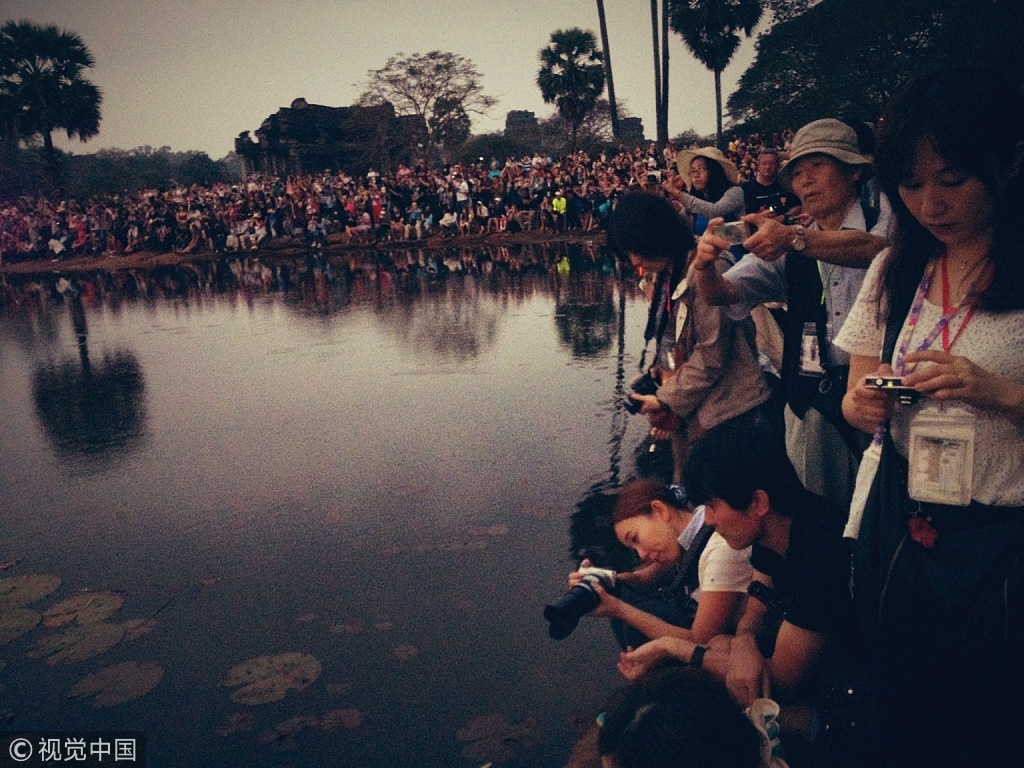 PHNOM PENH, Oct. 15 (Xinhua) -- The number of Chinese tourists to Cambodia during the first eight months of 2018 had exceeded the full-year 2017's record, said a Cambodian Tourism Ministry's report released on Monday.

More than 1.27 million Chinese tourists had visited Cambodia during the January-August period this year, up 72 percent over the same period last year, the report said, adding that China is the biggest source of foreign tourists to Cambodia, accounting for 32.4 percent of the international arrivals to the kingdom.

In the entirety of 2017, the Southeast Asian nation received 1.21 million Chinese holidaymakers.

Cambodian Tourism Minister Thong Khon has said that the country is expected to attract at least 1.7 million Chinese tourists in 2018 and up to 2.5 million in 2020.

He attributed the remarkable increase in Chinese tourists to Cambodia to close ties, rise in Chinese middle class, Cambodia's attractive tourism sites, and increasing direct flights between the two countries.

According to the report, Cambodia welcomed almost 3.95 million international tourists during the first eight months of this year, up 11.7 percent over the same period last year.