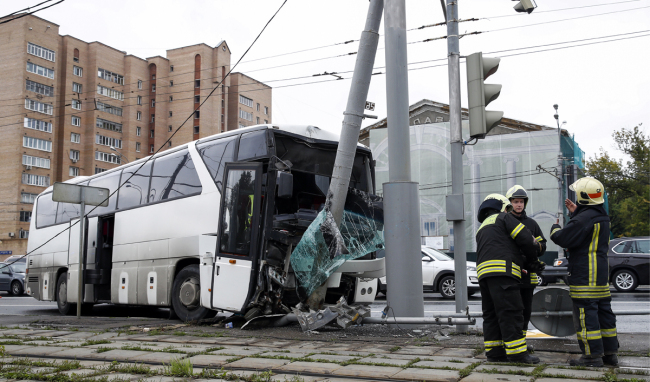 Surveillance camera footage showed that the accident happened when the bus turned right abruptly to avoid rear-ending cars waiting for the traffic light at an intersection and then bumped against the utility pole, smashing the windscreen.

The injured have been taken to the hospital for medical check-ups.

The bus carrying more than 30 people was bound for the ancient town of Suzdal in the Vladimir Region northeast of Moscow.