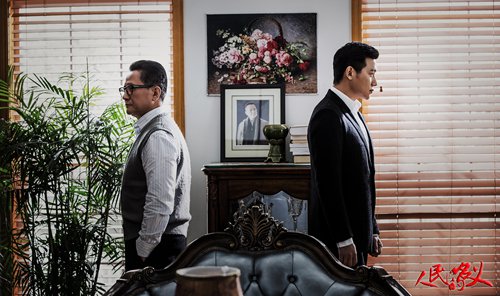 While Chinese culture continues to step out on the global stage, especially in the form of movies and plays, there are still many challenges that need to be overcome, actors, actresses and directors said at the first session of the 13th National Committee of the Chinese People's Political Consultative Conference (CPPCC) in Beijing on Wednesday. Zhang Guangbei, a member of the 13th CPPCC National Committee and also an actor, said that introducing Chinese culture to international audiences is an important responsibility of the entertainment industry. "We have the Chinese American Film Festival every year, it is influential to some extent, but not very large," said Zhang. In his opinion, Chinese films are now on par with Hollywood, or in some cases are even better. "The entirety of Hollywood is looking at Wolf Warrior 2. They are studying us," Zhang told the Global Times, referring to the hit 2017 Chinese blockbuster that earned more than $800 million in the Chinese market. "This is a good time for our movie to step out into the world."While things are looking up, time is an issue, according to actor Feng Yuanzheng, who is also a CPPCC member."Sharing your culture is the easiest way to help people from around the world understand each other," Feng told the Global Times, but noted that creating competitive products takes time. "First of all, we have to make sure our works deserve to be appreciated by the entire world."In addition to quality, Feng is also concerned about language barriers.Feng pointed to traditional Chinese Opera Sanchakou as an example. This opera has been performed around the world to great success. The key, Feng noted, is that this form of opera is very action-orientated, which makes it easy to understand regardless of the language the audience speaks, whereas a type of opera that is very dialogue or lyric heavy, will have an added layer of difficulty for foreign audiences.  While this barrier is something that has to be taken into account now, Feng said he is confident that Putonghua (Standard Chinese) will continue to grow in popularity and eventually become a major global language. Zhao Baogang, a TV director and CPPCC member, told the Global Times that it won't be easy for Chinese plays to earn their place on the global stage since the medium is very competitive. "You have to prove yourself with real strength," said the director, noting that while some Chinese plays have already reached global standards when it comes to quality, many still have not.According to Zhao, since China's huge population far outweighs other countries, foreign demand for Chinese plays do not match domestic demand for imported plays, which also makes it more difficult for Chinese plays to enter the international market.CPPCC member and actress Zhang Kaili said she was worried about the quality of Chinese TV and film works that are currently being screened overseas."I've watched some Chinese movies showing overseas, and they are simply not qualified enough to represent the country," the actress told the Global Times on Wednesday. "We need to respect ourselves and show them the best. Movies with the right direction and that show our patriotism are good choices; Wolf Warrior 2, for example," Zhang said. Also, TV shows like anti-graft themed drama In the Name of People, in which Zhang starred, are good choices to push overseas as well since they demonstrate China's determination to fight corruption. "I'm pleased to have taken part in it and make my own contribution."