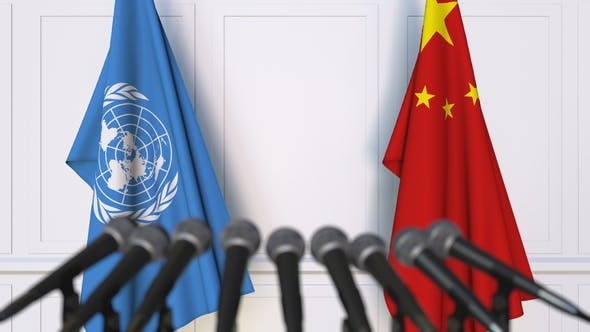 "On June 30, the U.S. Permanent Representative to the United Nations issued a seriously biased statement, making baseless comments on China's human rights situation and interfering in China's internal affairs. China expresses strong dissatisfaction and firm opposition," said a statement by a spokesperson of the Chinese mission.

It is the people who can best tell their country's human rights situation. The Chinese government always puts people first, promotes and protects human rights in the course of development, and follows a path of human rights development with Chinese characteristics, according to the statement of the Chinese mission.

China has achieved remarkable human rights progress. On its land of 9.6 million square kilometers, there is no war, no displacement, no fear. The 1.4 billion Chinese people are living in peace, freedom and happiness. This is the biggest human rights project and the best human rights practice, and the enormous contribution China has made to the global cause of human rights, it said.

It is the human rights situation in the United States that calls for international attention. Recently, the UN Human Rights Council held an urgent debate and unanimously adopted a resolution, strongly condemning the continuing racially discriminatory practices which led to the death of George Floyd, said the statement. "We urge the U.S. to listen to the voice of justice from the international community. ... We urge the U.S. to reflect on its own problems and let its people breathe."

China is rock-solid in defending national interests, opposing external interference, and promoting and protecting human rights. Any attempt of politicizing the human rights issue and using human rights to smear China is doomed to fail, the statement said.