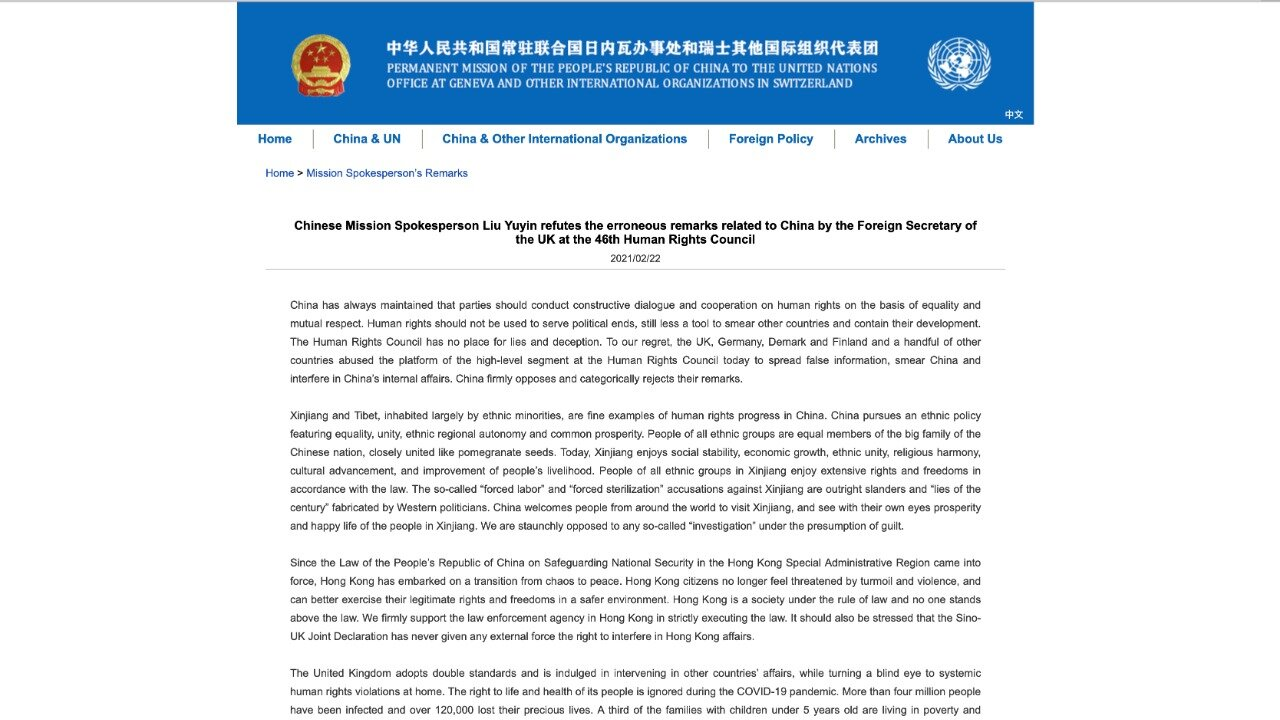 Brussels (People's Daily)- Chinese UN Mission Spokesperson Liu Yuyin has refuted the erroneous remarks related to China by the foreign secretary of the UK during the 46th Human Rights Council. 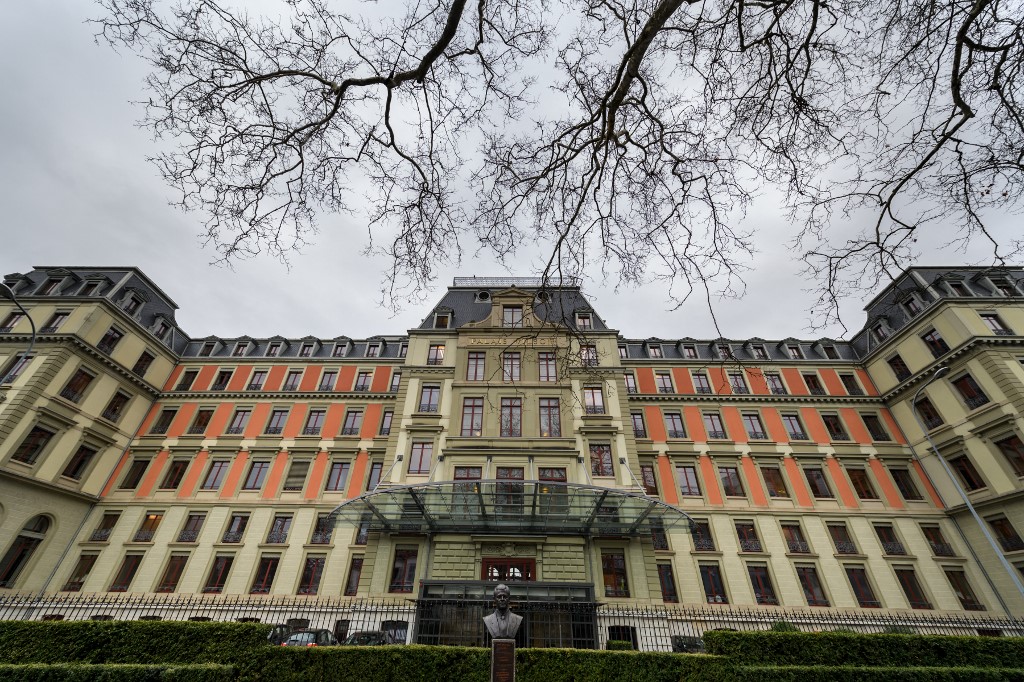 The headquarters of the United Nations High Commissioner for Human Rights (OHCHR) are seen on January 8, 2018 in Geneva. (File photo: AFP)

Liu noted that China has always maintained that parties should conduct constructive dialogue and cooperation on human rights on the basis of equality and mutual respect. Human rights should not be used to serve political ends, or as a tool to smear other countries and contain their development. “The Human Rights Council has no place for lies and deception. To our regret, the UK, Germany, Denmark and Finland and a handful of other countries abused the platform of the high-level segment at the Human Rights Council today to spread false information, smear China and interfere in China’s internal affairs. China firmly opposes and categorically rejects their remarks,” Liu added.

Liu also stressed that Xinjiang and Tibet, inhabited largely by ethnic minorities, are fine examples of human rights progress in China. China pursues an ethnic policy featuring equality, unity, ethnic regional autonomy and common prosperity. People of all ethnic groups are equal members of the big family of the Chinese nation, closely united like pomegranate seeds. Today, Xinjiang enjoys social stability, economic growth, ethnic unity, religious harmony, cultural advancement, and improvement of people’s livelihood. People of all ethnic groups in Xinjiang enjoy extensive rights and freedoms in accordance with the law. The so-called “forced labor” and “forced sterilization” accusations against Xinjiang are outright slander and “lies of the century” fabricated by Western politicians. China welcomes people from around the world to visit Xinjiang, and see with their own eyes the prosperity and happy life of the people in Xinjiang. We are staunchly opposed to any so-called “investigation” under the presumption of guilt.

Liu noted that since the Law of the People’s Republic of China on Safeguarding National Security in the Hong Kong Special Administrative Region came into force, Hong Kong has embarked on a transition from chaos to peace. Hong Kong citizens no longer feel threatened by turmoil and violence, and can better exercise their legitimate rights and freedoms in a safer environment. Hong Kong is a society under the rule of law and no one stands above the law. We firmly support the law enforcement agency in Hong Kong in strictly executing the law. It should also be stressed that the Sino-UK Joint Declaration has never given any external force the right to interfere in Hong Kong affairs.

Liu pointed out that the United Kingdom adopts double standards and has indulged in intervening in other countries’ affairs, while turning a blind eye to systemic human rights violations at home. The right to life and health of its people was ignored during the COVID-19 pandemic. More than four million people have been infected and over 120,000 lost their precious lives. A third of the families with children under 5 years old are living in poverty and millions of children are starving. UK troops slaughtered innocent civilians and perpetuated torture in Afghanistan and Iraq, but the perpetrators, shielded by the UK government, remain at large. Racial discrimination, xenophobia and hate speech are rampant in the UK, and the rights of refugees and migrants are seriously violated.