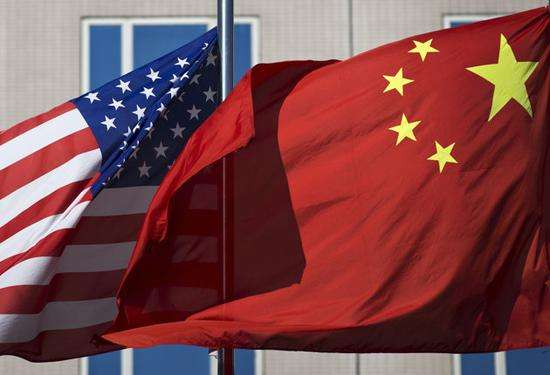 LEXINGTON, the United States, May 23 (Xinhua) -- Chinese and US governors gathered in Lexington in the US state of Kentucky on Thursday to promote sub-national exchanges and understanding at the ongoing Fifth China-US Governors Forum.

"The longest journey begins with a single step. Today is an important step," Bevin cited a Chinese proverb.

Chinese Ambassador to the United States Cui Tiankai held that the future of China-US ties belongs to the people and should be defined by the people of the two countries.

Local-level cooperation between China and the United States is a "bright spot" in bilateral relations and will become a new driver for bilateral cooperation, he said.

Tang Liangzhi, mayor of China's Chongqing Municipality, said that over the past 40 years, China-US sub-national exchanges and cooperation have been developing constantly, with sharply increased volumes of trade and investment.

Governors from China sincerely expect further development of cooperation and exchanges with US states in various fields, so as to jointly seek common ground of interest for investment and economic and trade cooperation, he said.

Bevin, as host of the three-day event, hailed the meeting as "an important moment in history," as it is a sub-national level, state-to-state, company-to-company, person-to-person, and culture-to-culture conversation. "This is what President Nixon and Henry Kissinger wanted to see when in the early 1970s they went to China and opened relations in a formal way for the first time."

Bevin is highly confident that anything that separates the two countries will be removed.

"When you consider that the US economy and the Chinese economy together comprise 40 percent of the world's GDP...it is critical that we resolve at the national level," he added.

Bevin cited a well-known Chinese legendary story "Yu Gong Yi Shan"(A stubborn old man digging his way through mountains) to show his determination. "My son and my son's son and the son of my son's son, the next generations, they will continue to dig. We will do this one step at a time."

US Ambassador to China Terry Branstad sent a video congratulatory message to the meeting, saying the forum has not only brought US and Chinese business people together, boosted bilateral trade, supported American exports to China, and advanced sister city and sister state relationships between the two countries, but also "an opportunity to share insights on how the United States and China can further strengthen relations on the sub-national level."

Branstad firmly believes sub-national cooperation is critical to the US-China bilateral relation, and will benefit both countries.

To host the Fifth China-US Governors Forum at this time "is of special significance," said Li Xiaolin, president of the Chinese People's Association for Friendship With Foreign Countries (CPAFFC).

"This year marks the 40th anniversary of the establishment of the diplomatic ties between China and the United States," said Li. "Though the bilateral relation has experienced ups and down in the past 40 years, it has always kept going forward."

China and the United States should foster friendship through sub-national cooperation to pave way for the bilateral relationship in the next 40 years, she added.