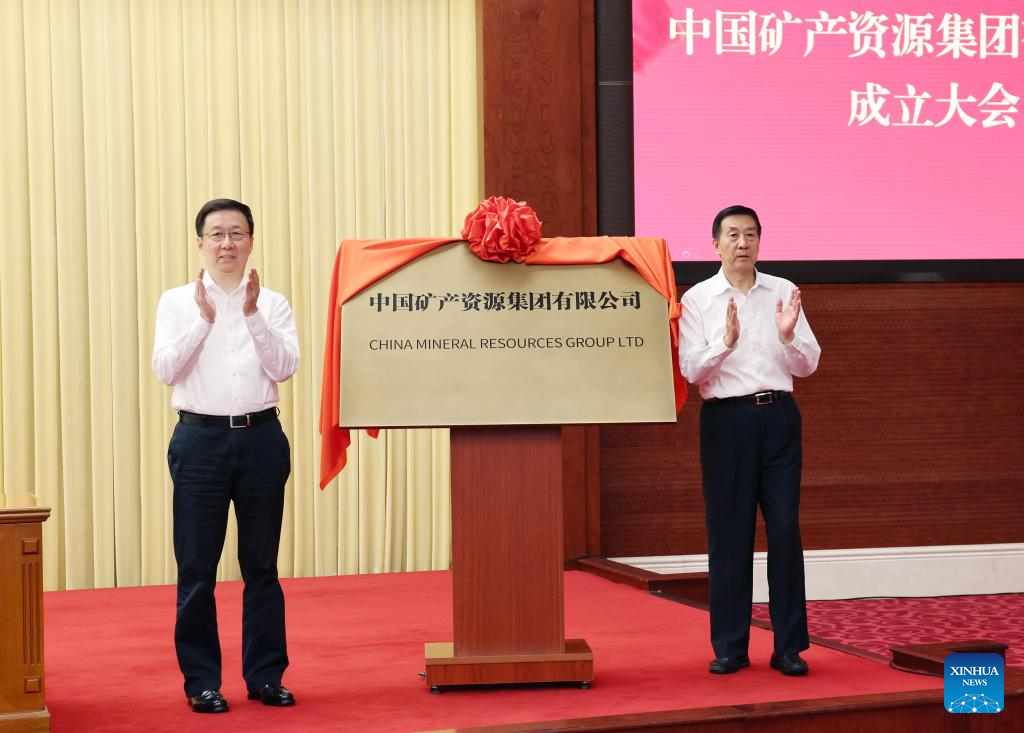 Chinese Vice Premier Han Zheng (L), also a member of the Standing Committee of the Political Bureau of the Communist Party of China Central Committee, unveils the nameplate of China Mineral Resources Group Ltd. as he attends the company's inaugural meeting in Beijing, capital of China, July 25, 2022. (Photo: Xinhua)

Han, also a member of the Standing Committee of the Political Bureau of the Communist Party of China Central Committee, unveiled the nameplate of the company at the meeting.

The establishment of the company is a major move by the country to guarantee the supply of important mineral resources by making good use of the domestic and international markets and resources, which is crucial for the security of industrial and supply chains and high-quality development.

Solely state-owned and centrally administered, the company will adhere to openness, seek win-win cooperation, and adopt market-oriented and law-based operation in an effort to build itself into a world-class mineral resources company with global competitiveness and influence.