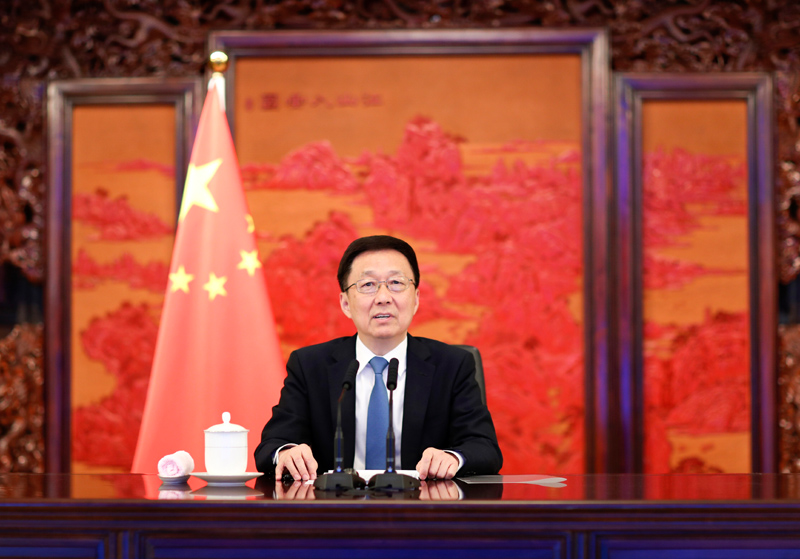 Han, Chinese president of China-Turkmenistan Cooperation Committee, who is also a member of the Standing Committee of the Political Bureau of the Communist Party of China Central Committee, called for deeper strategic cooperation between the two sides.

Han said that China and Turkmenistan are good brothers, friends and partners and enjoy mutual trust. China-Turkmenistan relations have maintained a sound and stable momentum of development no matter what the change in international and regional situation since the establishment of diplomatic ties nearly 30 years ago.

Han pointed out China will earnestly implement the important consensus reached by the two heads of state, accelerate the docking of development strategies, and jointly promote cooperation in energy, agriculture, transportation, digital, aerospace, culture, security and other fields.

The Turkmen side extended its congratulations on the 100th anniversary of the founding of the Communist Party of China, adding that Turkmenistan attaches great importance to relations with China.

The Turkmen side said Turkmenistan is willing to continue to explore new formats and areas of economic cooperation with China based on the principles of equality, mutual trust and mutual respect, and promote the new and greater development of the Turkmenistan-China strategic partnership.