Han, also a member of the Standing Committee of the Political Bureau of the Communist Party of China Central Committee, expected the two sides to make good use of the bilateral high-level financial dialogue mechanism, implement the important consensus of the leaders of the two countries, and promote new achievements through cooperation in various fields.

Han also called on the two sides to jointly safeguard multilateralism and rule-based international order, and to become models and leaders for promoting mutual benefit, win-win cooperation and common development in the global arena.

Scholz said Germany is willing to strengthen pragmatic cooperation with China, implement the results reached by the consultations between the German and Chinese governments, jointly safeguard the multilateral trading system and promote the stability and prosperity of the world economy. 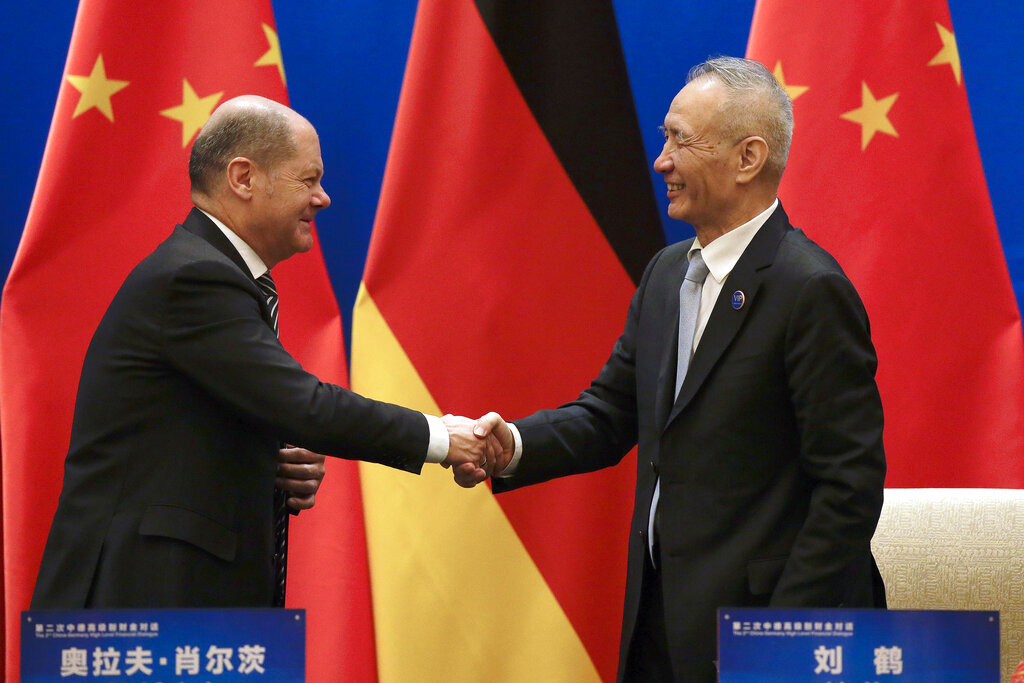 Scholz is here to co-chair the second China-Germany High Level Financial Dialogue with Chinese Vice Premier Liu He on Friday.