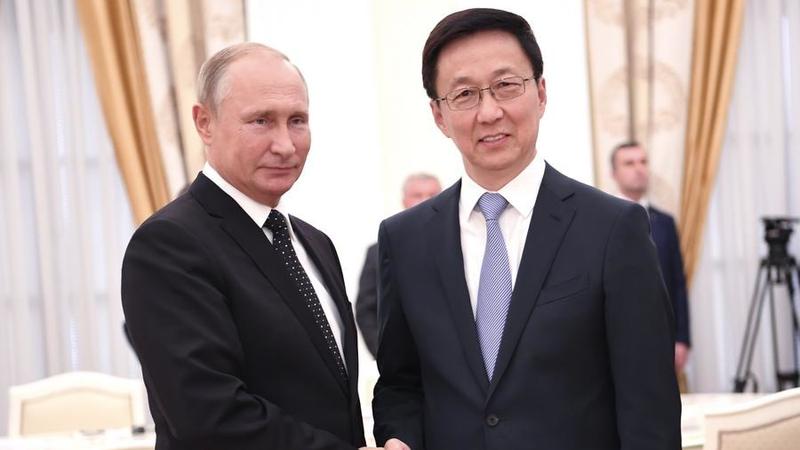 Noting that bilateral ties are at their best time in history, Han said China-Russia ties have maintained high-level development with cooperation in various areas keeping deepening under the strategic guidance of the heads of state of the two countries.

China stands ready to work with Russia to take the occasion of the first meetings of the China-Russia Investment Cooperation Committee and the China-Russia Energy Cooperation Committee held after the two countries elected new governments to fully implement the consensus reached by the two heads of state and promote cooperation in the areas of investment and energy so as to inject new impetus into bilateral ties, said Han.

Speaking highly of the joint efforts by both countries to promote energy and investment cooperation and the fast development of major strategic projects, Putin called on both sides to continue to enhance coordination and explore cooperation in areas including digital economy, modern biological gene technology, deep space and high-tech so as to realize better development.

Han, also a member of the Standing Committee of the Political Bureau of the Communist Party of China Central Committee, was in the Russian capital to co-chair the fifth meeting of the China-Russia Investment Cooperation Committee with Russian First Deputy Prime Minister Anton Siluanov and the 15th meeting of the China-Russia Energy Cooperation Committee with Russian Deputy Prime Minister Dmitry Kozak from Monday to Tuesday.

He left for Singapore later Tuesday to continue his tour. This is Han's first overseas visit in his capacity as vice premier.