Vice Premier Liu He Monday called for vigorous efforts to advance the digital economy in China while paying close attention to the issues that its development may bring. 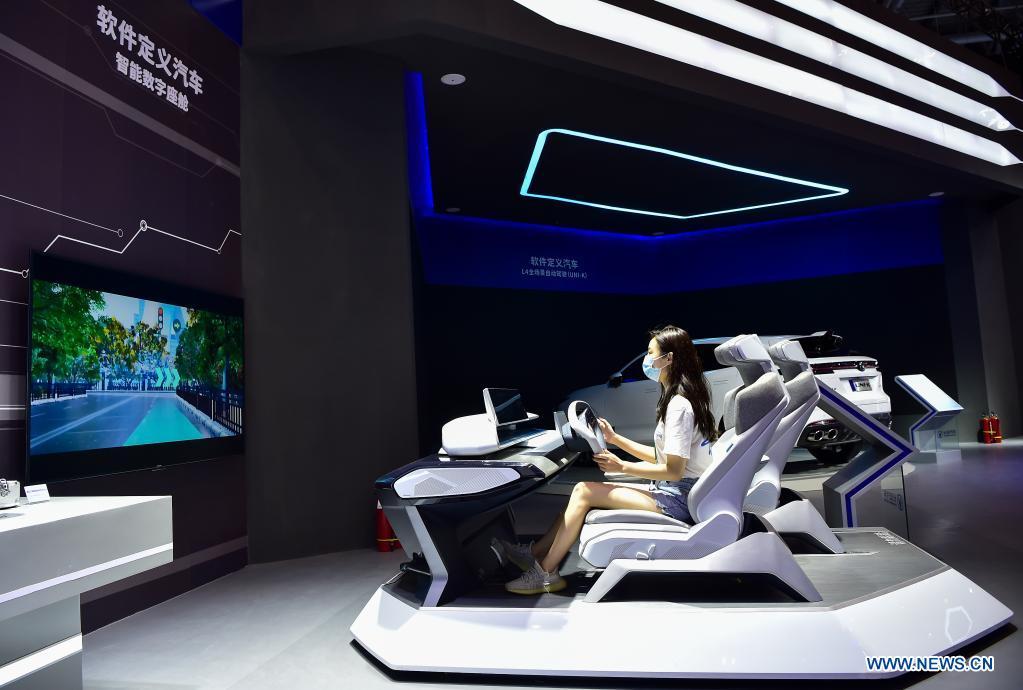 A journalist experiences automatic driving at the venue of the 2021 Smart China Expo in Southwest China's Chongqing, Aug 22, 2021. (Photo: Xinhua)

Liu, also a member of the Political Bureau of the Communist Party of China Central Committee, made the remarks in a video address to the China-Shanghai Cooperation Organization Forum on the Digital Economy Industry and the Smart China Expo 2021. The events both opened Monday in Southwest China's Chongqing.

The digital economy is a significant growth engine for the Chinese economy, Liu said. Liu urged efforts to conform to the development trend and promote technological innovation.

He called for a market-oriented, law-based, and internationalized environment to develop the digital economy. He also urged giving priority to the building of sound mechanisms to foster its development.