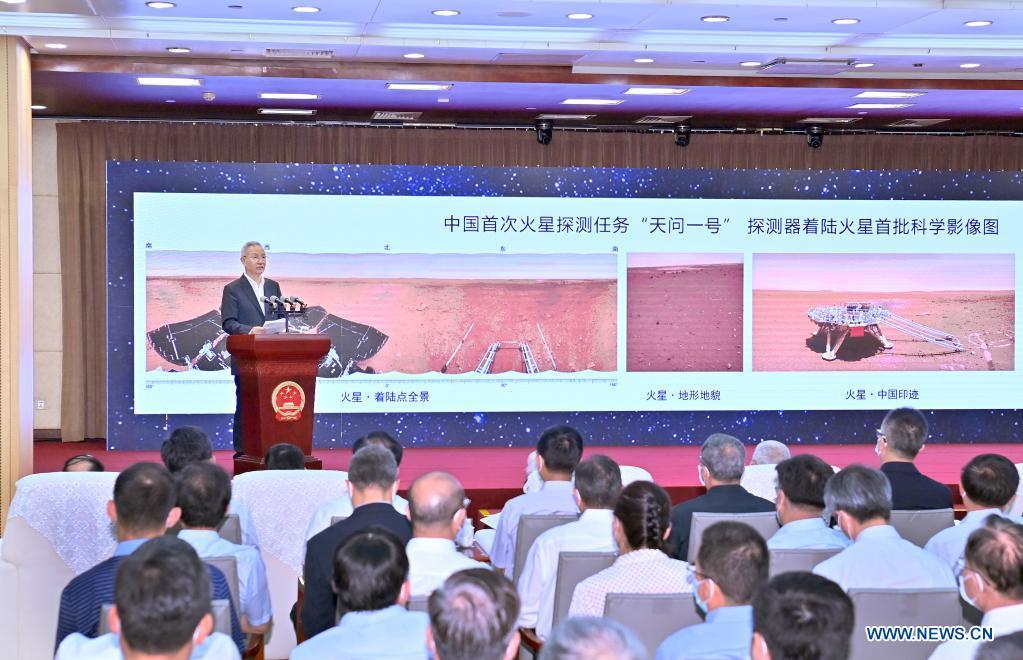 Liu, who is also a member of the Political Bureau of the Communist Party of China Central Committee, made the remarks while addressing a ceremony marking the releasing of the first batch of images taken by the country's first Mars rover Zhurong.

Liu spoke highly of the complete success of the Tianwen-1 mission and noted that the great achievement will go down in history.

Liu called for courage in further sci-tech exploration and efforts in facilitating breakthroughs and major advancements in core technologies for related fields, so as to achieve sci-tech self-reliance and self-strengthening.

Liu also stressed the need to continuously deepen international exchanges and cooperation, uphold the concept of a community with a shared future for humanity, stick to the principle of peaceful use of outer space and enhance the common well-being of humanity.