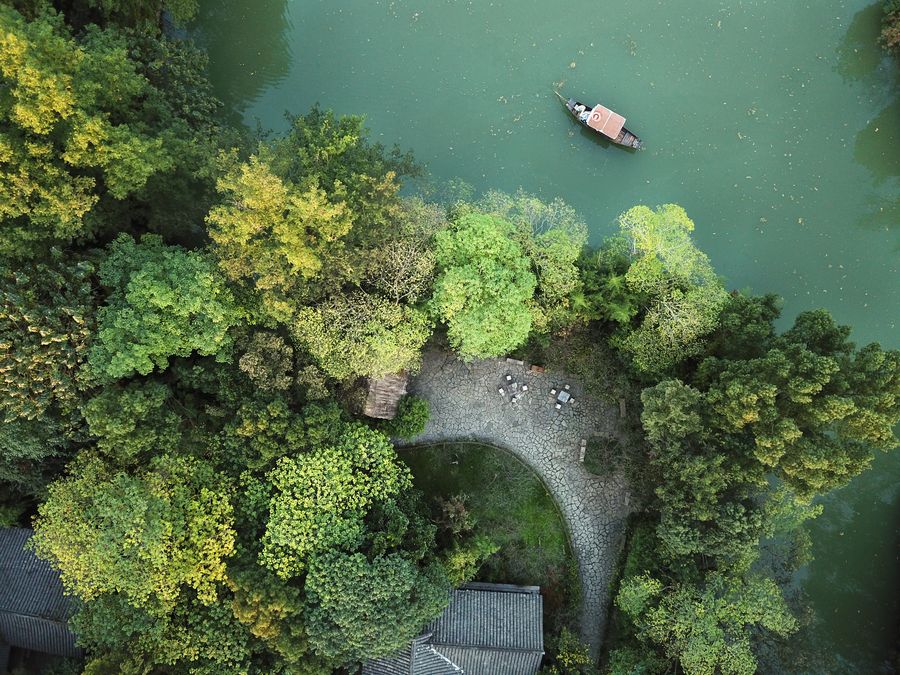 In this aerial photo taken on Oct. 29, 2018, a tourist boat sails in the Xixi Wetland in Hangzhou, capital of Zhejiang Province. Lying in China's southeast coast, Zhejiang Province constitutes the south wing of the Yangtze River Delta. (Xinhua/Weng Xinyang)

Han, also a member of the Standing Committee of the Political Bureau of the Communist Party of China Central Committee, made the remarks while presiding over a meeting on the region's integrated development, which encompasses Shanghai and the provinces of Jiangsu, Zhejiang and Anhui.

Noting remarkable achievements in the regional integrated development, Han said as one of the most economically dynamic, open and innovative regions in China, the delta is capable of taking the lead in the country's journey toward socialist modernization.

Han stressed continued work to facilitate infrastructure connectivity, promote coordinated opening-up in the region to a higher level and enhance the innovation ability of enterprises.

He also called for joint efforts to strengthen ecological protection and management to push green development of the region, keep the property market stable and improve the coordination mechanism on the environmental treatment of Taihu Lake.