BEIJING, Oct. 21 (Xinhua) -- Vice Premier Sun Chunlan on Thursday encouraged the Chinese athletes to make more efforts in training and to go all out for athletic excellence at the upcoming Beijing 2022 Olympic Winter Games. 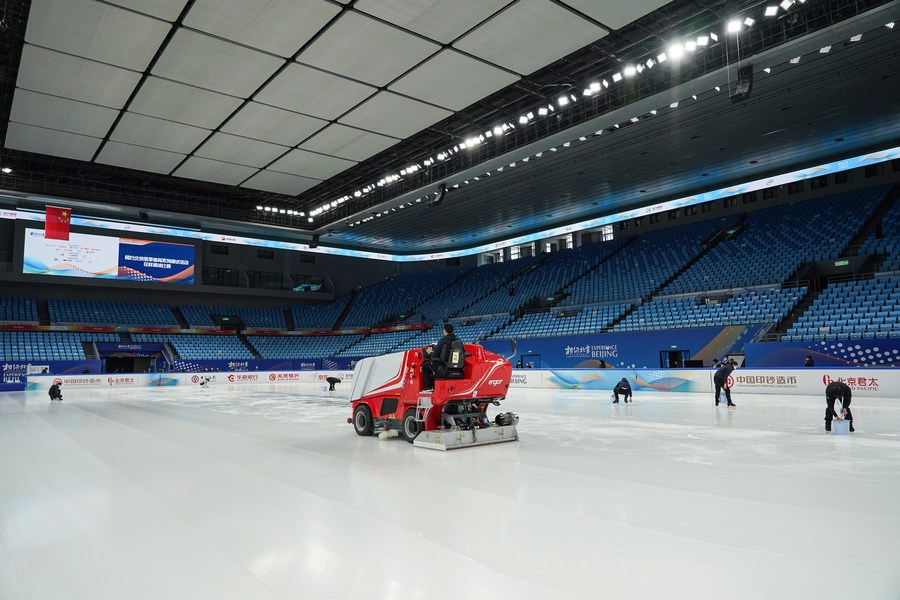 Sun urged the athletes to tune up to their best forms through intensive training, to display sportsmanship on ice and snow at the Olympic arena, and to write a chapter of glory for the country and for themselves from the quadrennial Games.

Sun, also a member of the Political Bureau of the Communist Party of China Central Committee, made the remarks during her inspection tour on the athletes' preparation for the Winter Olympics.

With the Beijing Winter Olympics less than four months away, a total of 29 Chinese teams have been training hard for the Games.

During her tour, Sun visited the National Winter Sports Training and Research Center, and the Capital Gymnasium where the short track speed skating World Cup is taking place as one of the Games' test events.

Sun stressed that the athletes' health should be the top priority and emphasized a fair selection of the Olympians, well-prepared logistics, and a zero-tolerance stance on doping.

In the lead-up to the Games, China has pledged to engage 300 million people in winter sports. To achieve that goal, Sun said that the Games has provided a great opportunity and called for continuous efforts to further promote winter sports among the public, especially among the youth.

The Beijing 2022 Winter Olympics will start on February 4, 2022. China had one gold, six silver and two bronze medals at the 2018 PyeongChang Games in South Korea, with Wu Dajing winning the sole gold in the men's 500m short track speed skating event.