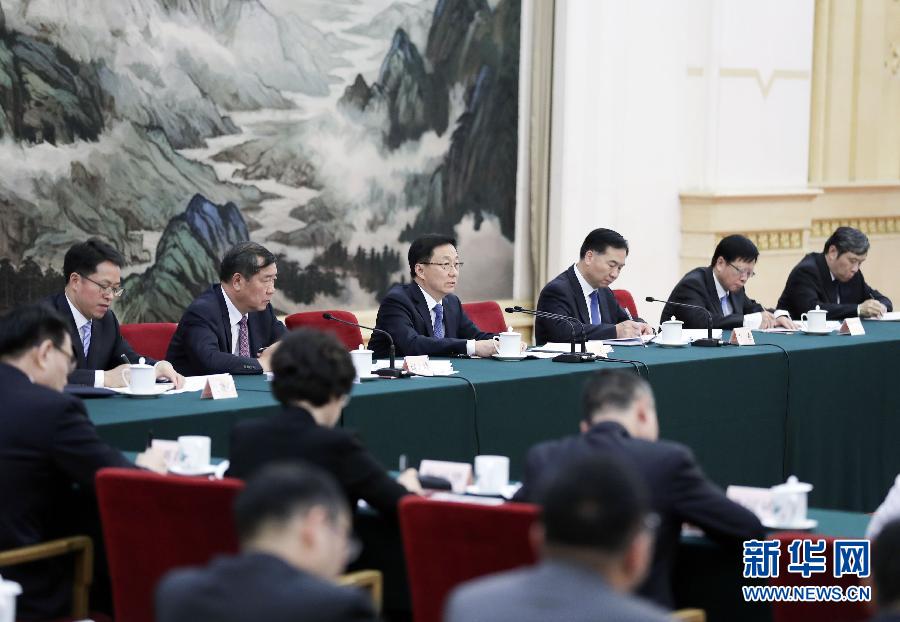 Han, a member of the Standing Committee of the Political Bureau of the Communist Party of China Central Committee and head of the leading group on construction of Guangdong-Hong Kong-Macao Greater Bay Area, made the remarks at a meeting of the group.

"China should strengthen planning and guidance in the construction of the area to combine the advantages of different cities, and push for coordinated regional development," Han said.

Policies that bring people benefits should be implemented, including providing better environment for Hong Kong and Macao residents to start businesses in the mainland, and reducing roaming fees by big margins in the Guangdong-Hong Kong-Macao area, he said.

Efforts should be made to attract global innovation resources into the area and build an international tech innovation center at the area, Han said.

"Authorities should push the construction of the greater bay area within the framework of the 'one country, two systems' principle and strictly abide by the Constitution and Basic Law," he stressed.