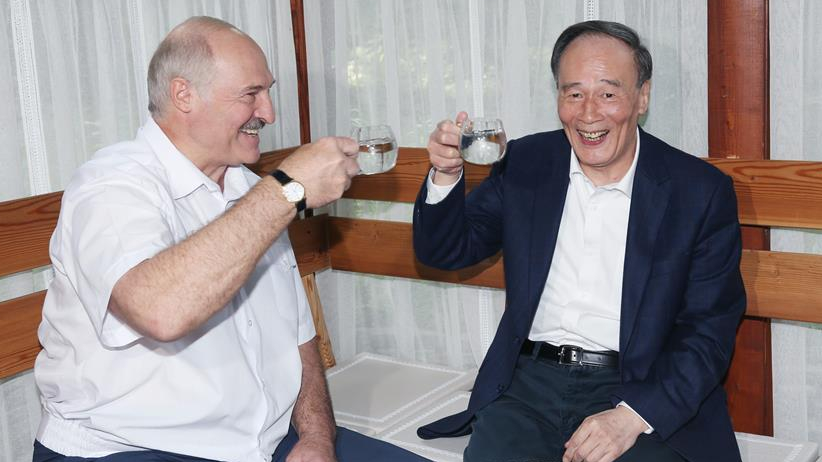 "Bilateral win-win cooperation is growing steadily both in breadth and in depth, covering such areas as economy, security and people-to-people exchanges and expanding at both national and local levels," Chinese Vice President Wang Qishan said on Monday after meeting with Belarusian President Alexander Lukashenko on bilateral ties and regional cooperation.

Wang conveyed to Lukashenko Chinese President Xi Jinping's sincere greetings and best wishes, saying that Xi looks forward to his attendance at the upcoming Shanghai Cooperation Organization (SCO) summit in China and meeting him again, which will give a new big boost to the development of China-Belarus relations.

Beijing respects the development path Belarus has chosen in accordance with its national conditions, and is glad to witness the remarkable achievements Minsk has made in maintaining political stability and boosting socio-economic development under Lukashenko's wise leadership, he said, adding that China supports Belarus playing an important role in promoting regional security and stability.

The two sides, he suggested, should continue to strengthen political mutual trust and join hands to build a community with a shared future, and should also integrate their interests more tightly and dovetail their economic development plans more closely, so as to achieve common development and prosperity. 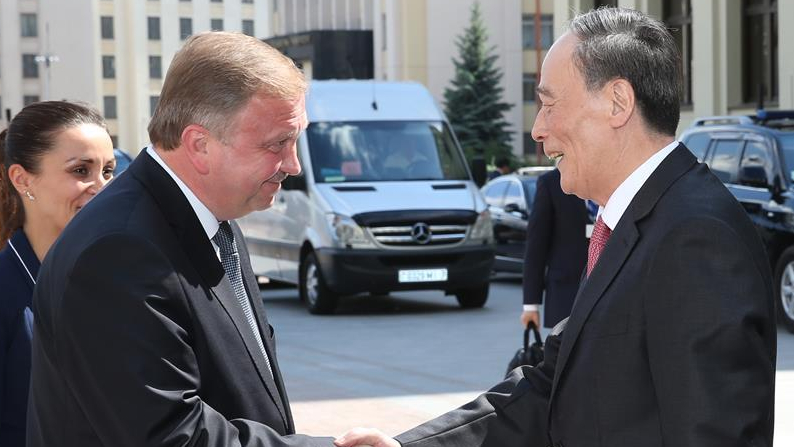 The China-Belarus industrial park, a special economic zone jointly developed by the two countries in the Minsk Region, is a key project personally promoted by the two presidents, and has so far made encouraging progress, he said, calling for concerted efforts to build it into a landmark cooperation project within the framework of the Belt and Road (B&R) Initiative.

China, he added, welcomes Belarus' participation in the China International Import Expo to be held later this year in Shanghai.

On the SCO mechanism, Wang said China appreciates Belarus' involvement as an SCO observer and will continue to support Minsk playing a constructive role in pushing forward the organization's development.

For his part, Lukashenko asked Wang to convey his sincere greetings and best wishes to Xi, saying he looks forward to attending the SCO summit and meeting the Chinese president once again.

The Belarusian side, he said, highly appreciates and supports Xi's vision of building a community with a shared future for mankind as well as the Xi-proposed B&R Initiative, and stands ready to join hands with China to align their development strategies and turn the China-Belarus industrial park into a pearl on the Silk Road Economic Belt, the overland part of the initiative.

Belarus is actively preparing for its participation in the upcoming import expo in China and is willing to step up cooperation with China within the SCO framework, he said.