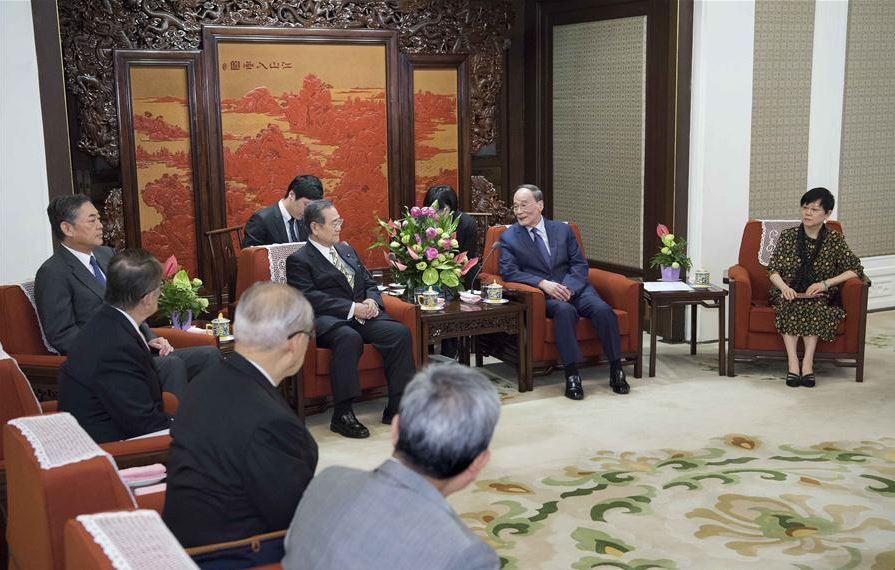 "Sino-Japanese exchanges enjoy a long history. The long-term, healthy and stable development of bilateral ties conforms to the historical trend and serves the interests of the two people," Wang said.

Noting that this year marked the 40th anniversary of the signing of the China-Japan Treaty of Peace and Friendship, Wang said the two sides should "properly handle issues and differences in the spirit of taking history as a mirror and looking into the future, on the basis of the four political documents signed between the two sides, so as to maintain the positive trend of improving relations between the two countries."

Wang called on the two sides to implement the important consensus reached by the leaders of the two countries, continue to meet each other halfway, and deepen pragmatic cooperation.

"It is hoped that the Japan-China Society will not forget its original aspirations and will strengthen the belief, continue to give full play to the unique advantages of non-governmental friendship, and make positive contributions to the improvement of bilateral relations," Wang said.