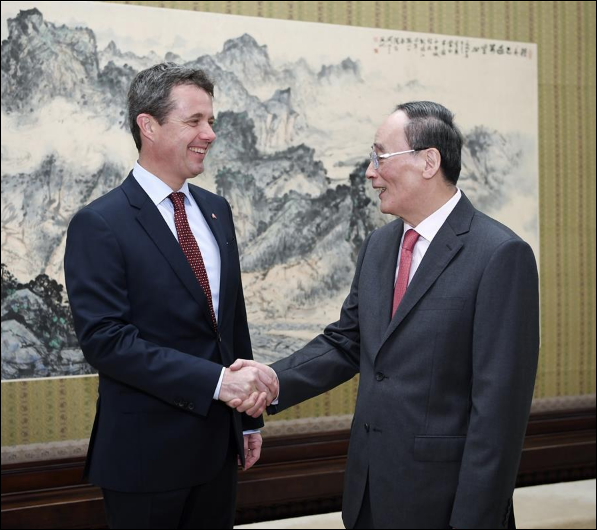 Wang said China and Denmark maintained a long-term friendship with frequent exchanges in various fields, and the meeting between the two heads of state in 2014 injected new impetus to the bilateral comprehensive strategic partnership.

He said China's choice of development path and the great changes since the founding of the People's Republic of China were steeped in history and culture, and strengthening cultural self-confidence and achieving cultural renaissance were important components of the great rejuvenation of the Chinese nation.

China stands ready to further enhance people-to-people and cultural exchanges with Denmark to consolidate the basis for bilateral cooperation of mutual benefits and the friendship between the two peoples, Wang said.

For his part, Frederik said Denmark would take the opportunity of the 10th anniversary of the establishment of the Denmark-China comprehensive strategic partnership to enhance bilateral cooperation in various fields.