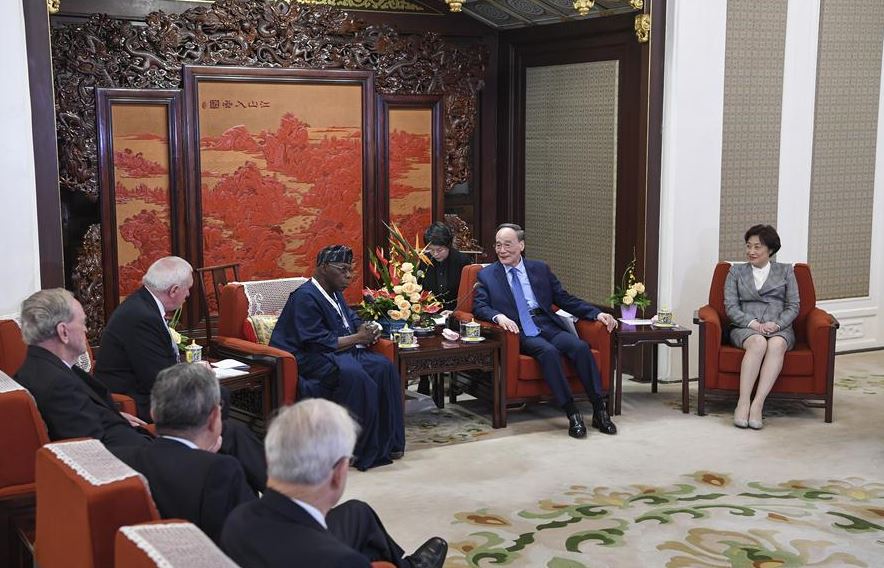 BEIJING, Sept. 29 (Xinhua) -- Chinese Vice President Wang Qishan on Saturday met with members of the InterAction Council in Beijing, where he said that every country should follow the path consistent with its own characteristics.

At the meeting, Wang also said that the socialist road with Chinese characteristics has been found after hard exploration and unremitting struggle during the nearly 70 years since the founding of the People's Republic of China in 1949 and the 40 years of reform and opening-up since 1978.

Guided by Xi Jinping Thought on Socialism with Chinese Characteristics for a New Era, China will unswervingly follow the path of peaceful development and promote the building of a community of shared future for humanity, Wang said.

The three-day session kicked off on Friday in Beijing and is focusing on topics about global governance affairs.

Members of the InterAction Council said the international community should adhere to multilateralism and resolve major world issues through dialogue, consultation and cooperation, adding that the council stands ready to work with China to make suggestions on improving global governance.

The InterAction Council, an international non-governmental organization composed of former world leaders, was established in 1983 and aims to put forward suggestions for and solutions to global political, economic and social issues.