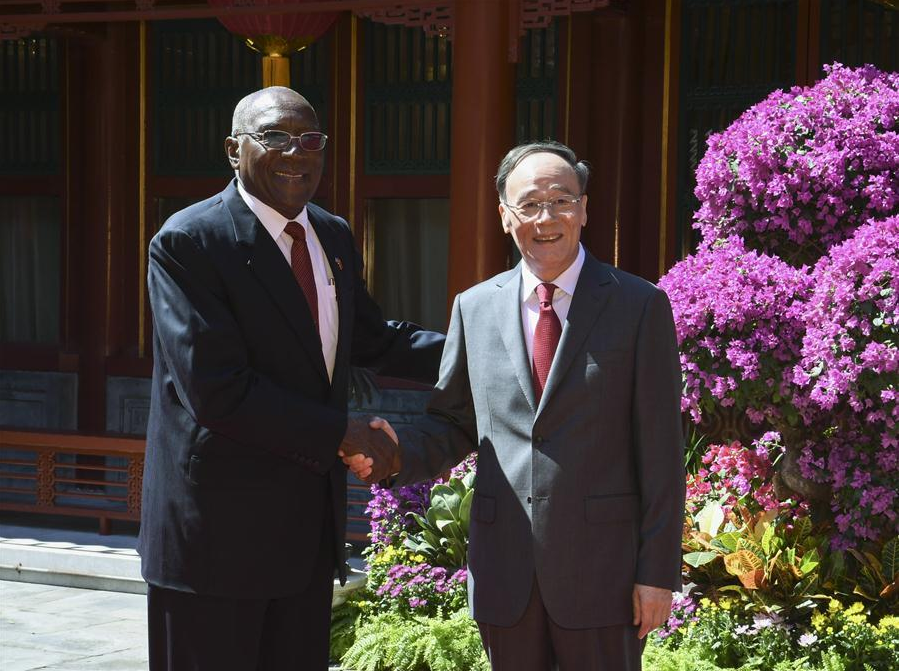 BEIJING, Sept. 7 (Xinhua) -- Vice President Wang Qishan on Friday met with the First Vice President of Cuba Salvador Valdes Mesa in Beijing, calling on both sides to contribute to the building of a community with a shared future for humanity.

China and Cuba are both socialist countries led by Communist parties, as well as good friends, comrades, and brothers, said Wang.

Hailing the strong political mutual trust between the two countries and fruitful achievements of exchanges and cooperation in various fields, Wang said China has always placed Cuba in an important position of external relations and has been unswervingly implementing a friendly policy toward Cuba.

"China is heading toward modernization under the guidance of Xi Jinping Thought on Socialism with Chinese Characteristics for a New Era and will continue to support Cuba for implementing a development path that suits itself," said Wang.

Valdes said Cuba cherishes the traditional friendship between the two countries and thanks China for its long-term support for Cuba's development cause.

He said the Communist Party of Cuba and the Cuban government will adhere to the policy to consolidate and develop relations with China.