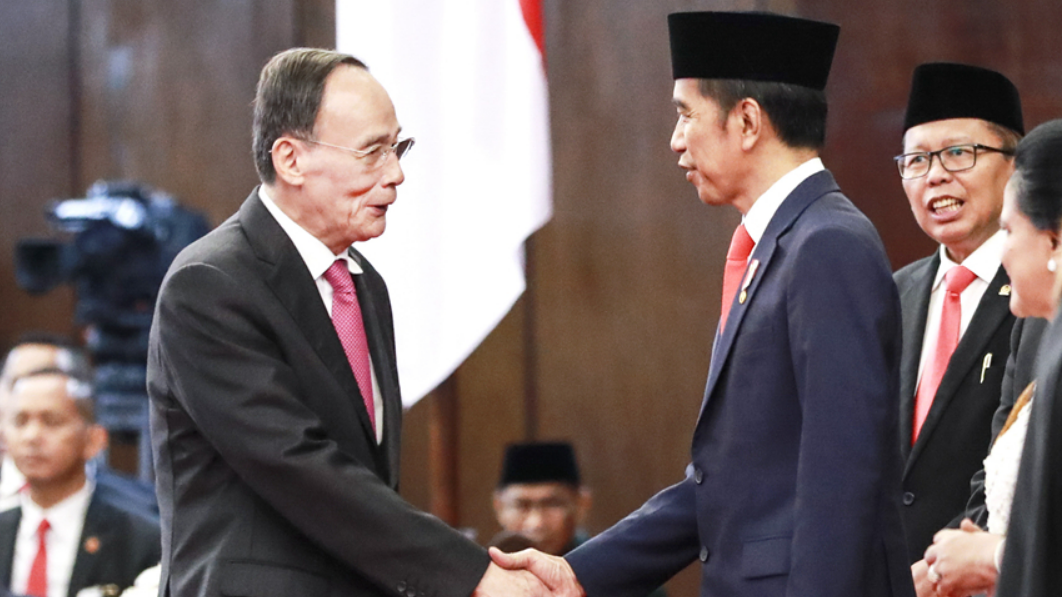 China and Indonesia agreed to further cement their partnership as Chinese Vice President Wang Qishan wrapping up his friendly visit to the country.

Wang arrived in Jakarta on Friday to attend the inauguration ceremony of Indonesian President Joko Widodo for his second term, and held talks with Widodo.

Beijing, Wang said, appreciates Widodo's commitment to promoting the comprehensive strategic partnership between the two countries, and his active support for and participation in synergizing the China-proposed Belt and Road Initiative (BRI) and Indonesia's development strategies.

The Jakarta-Bandung high speed rail (HSR) project is proceeding smoothly and has become a model for bilateral cooperation in infrastructure construction, he said.

For his part, Widodo extended warm congratulations on the 70th anniversary of the founding of the People's Republic of China (PRC), and wished China greater prosperity and bigger contributions to global and regional peace and stability.

He said his government is willing to further consolidate the bilateral comprehensive strategic partnership, enhance the synergy between Indonesia's Global Maritime Fulcrum vision and the BRI, and expand cooperation with China in building regional economic corridors.

Also during his stay in Indonesia, Wang paid a visit to Solo, a major city in Central Java, inspected the No. 1 tunnel of the Jakarta-Bandung HSR project, and met with Australian Prime Minister Scott Morrison at the latter's request.