Some Chinese white dolphins were captured on camera on Monday in waters off Ningde City, southeast China's Fujian Province. 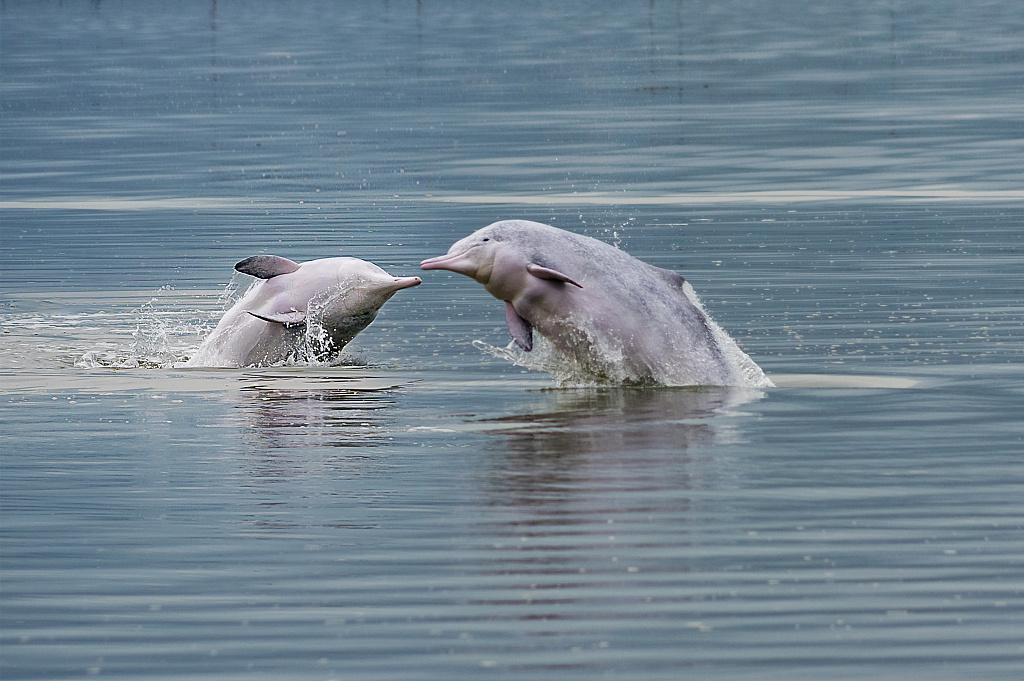 (All photos via VCG) 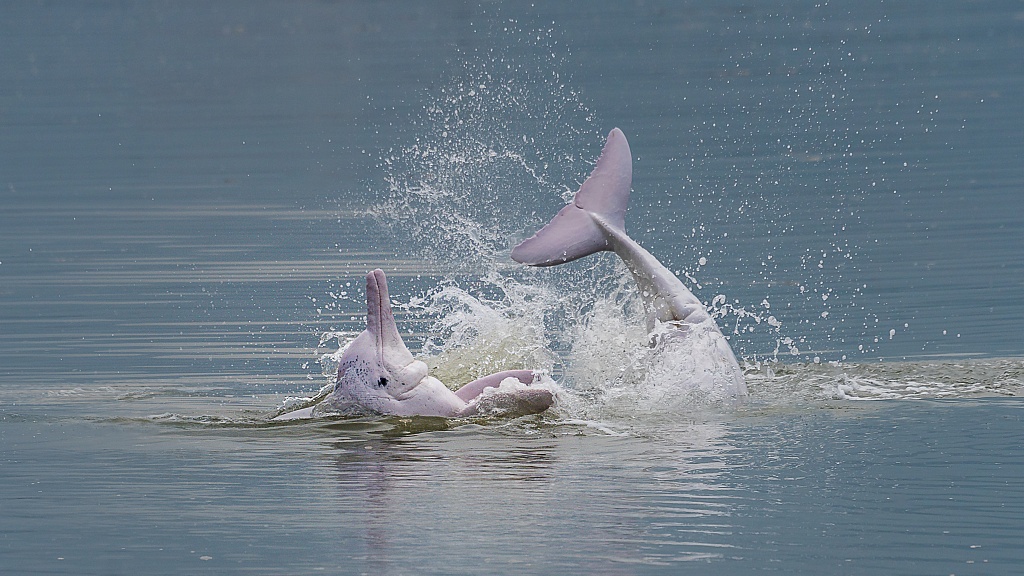 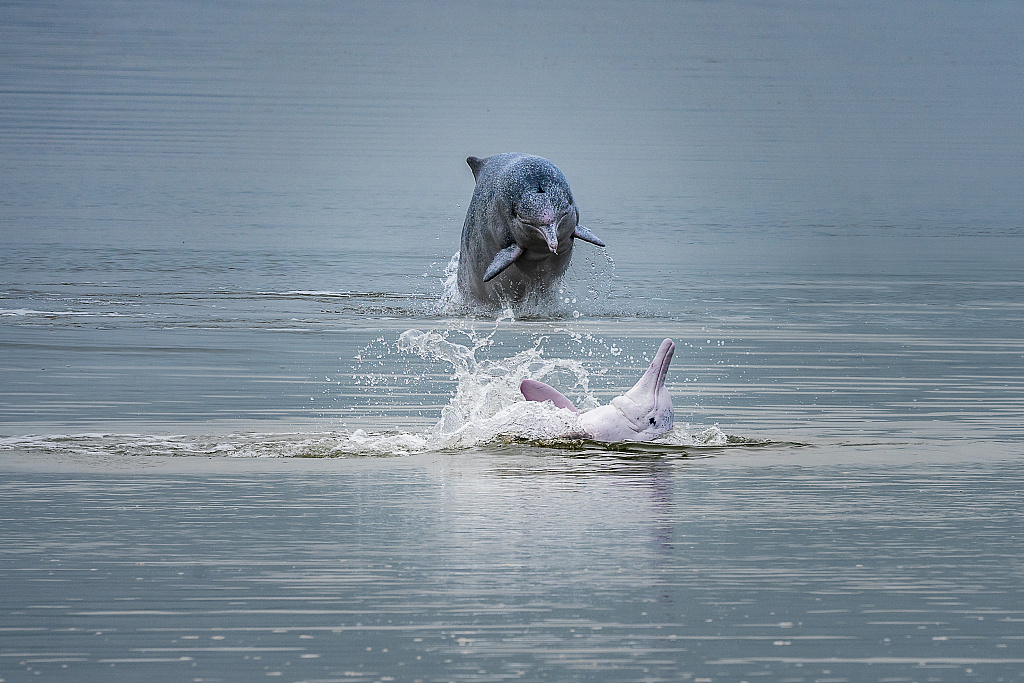 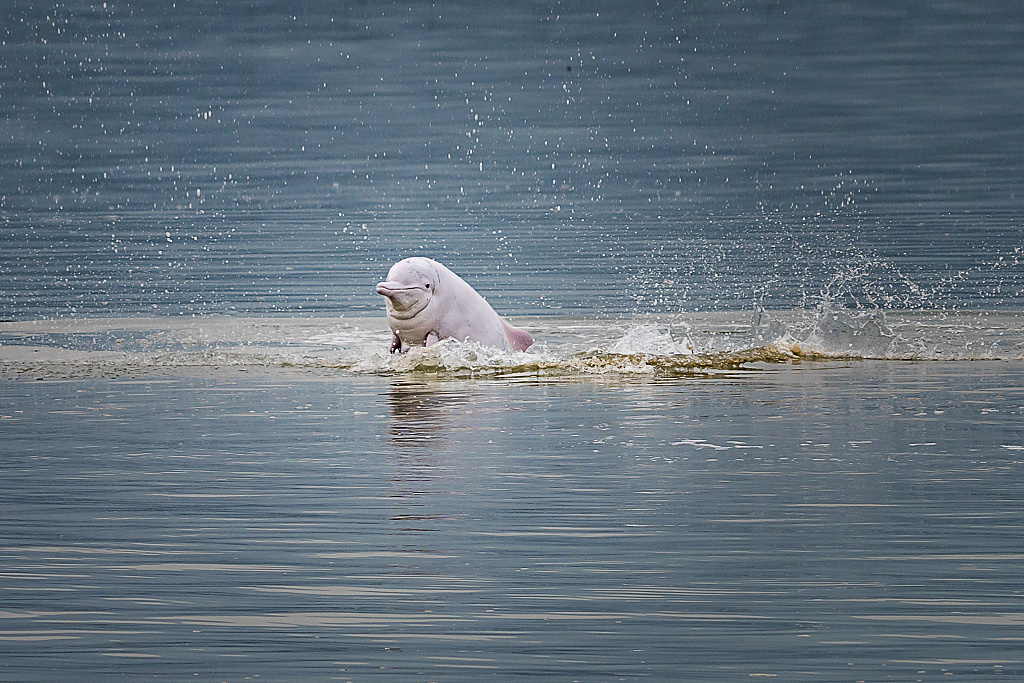 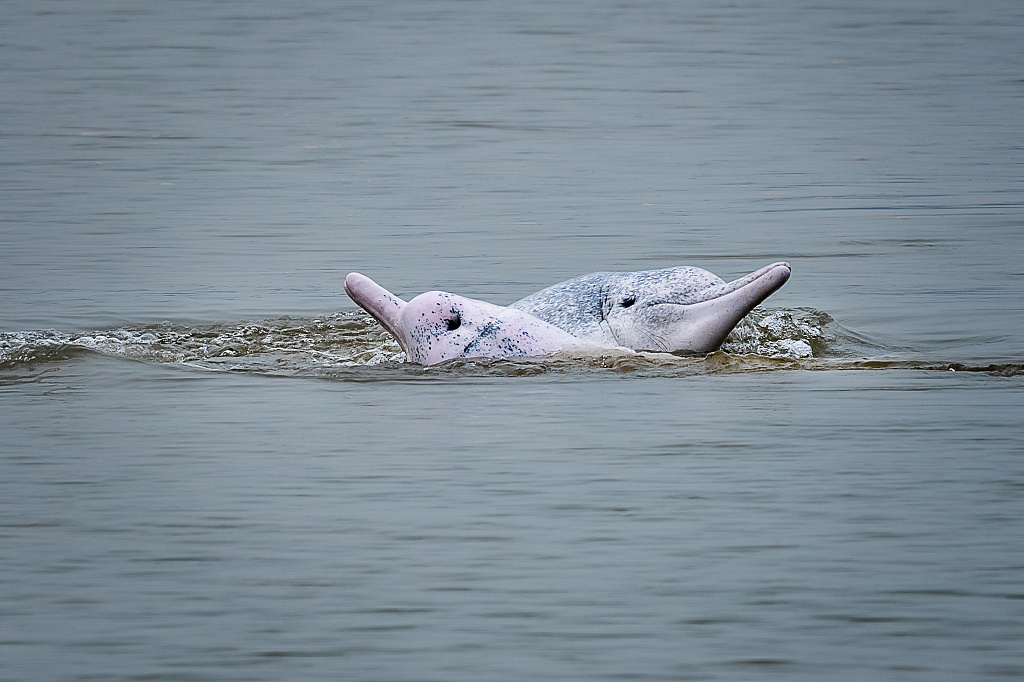 The mammal under first-class state protection is born black, turns pink with grey spots when young, and grey, white or pink in adulthood. It mainly lives in coastal waters near Fujian and south China's Guangdong Province.

In recent year, its population decline due to habitat loss and water pollution has put it on the list of "vulnerable" species by the International Union for Conservation of Nature.

Both Fujian and Guangdong have established nature reserves to protect the dolphin.