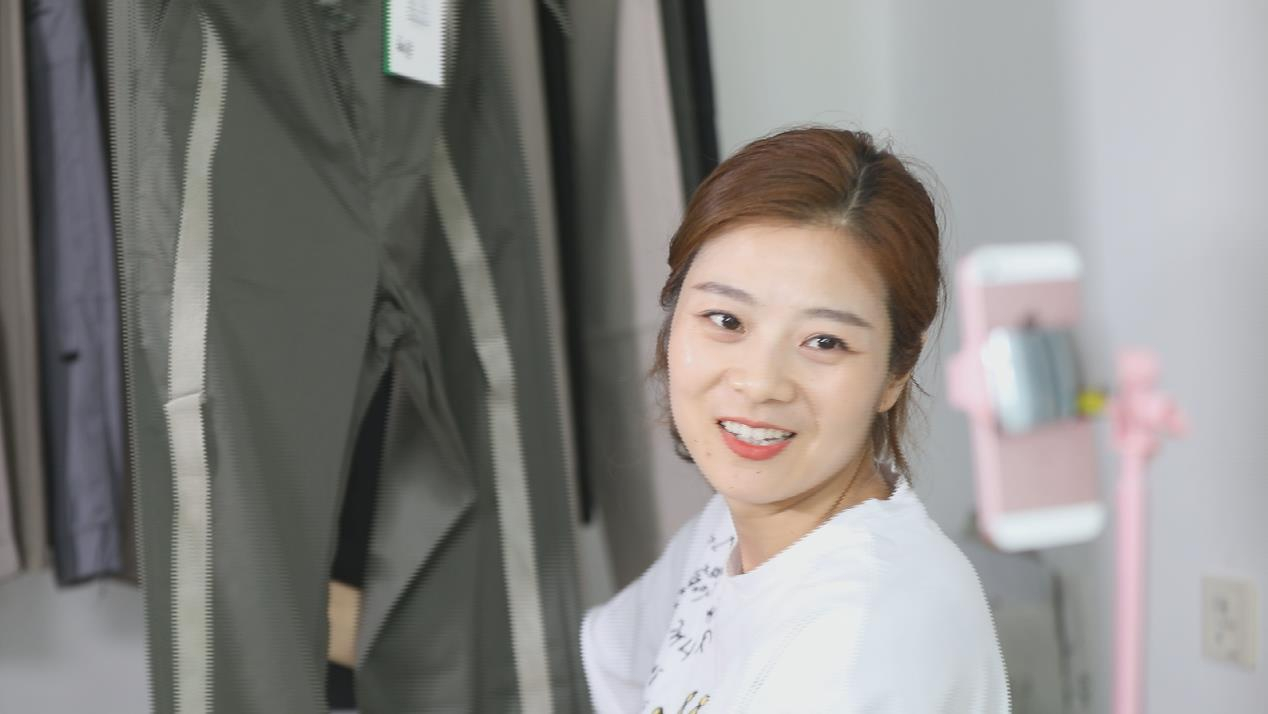 Doing handstands, playing table tennis, skateboarding and swimming – 31-year-old Wei Meinv is up for anything, despite not having legs.

Wei lives in the northwestern Chinese city of Baoji, Shaanxi Province. She lives a self-sufficient life, doing everything from cooking to cleaning house. Wei even won three gold medals in swimming competitions at the sixth Shaanxi Provincial Disabled Sports Competition. Yet her most important victory is making more people in China realize that handicapped people can enjoy life just like anyone else can. 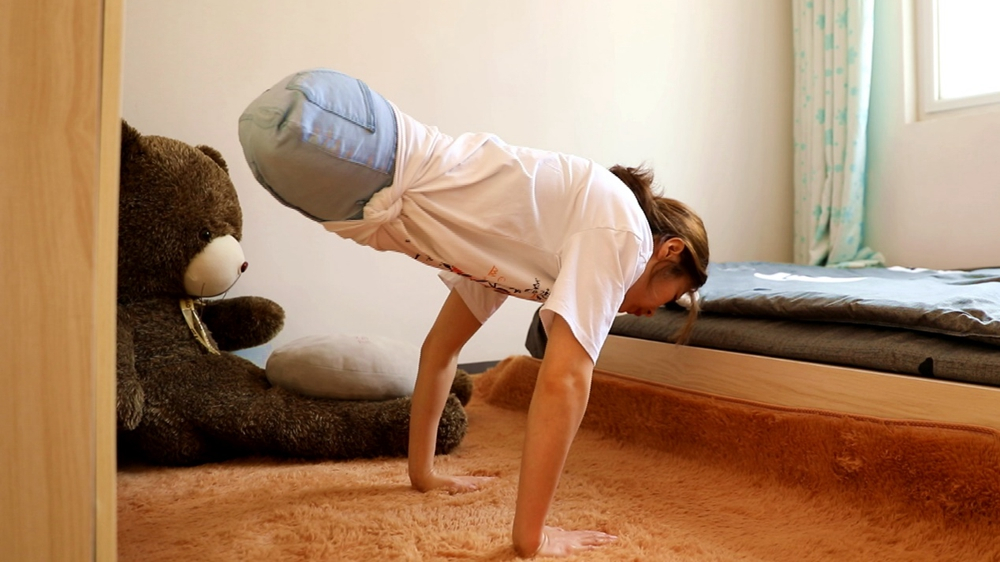 "I never thought I was different from others. I can do whatever they can," she said.

At the age of three, Wei was found with legs missing near a welfare center, and that's where she spent most of her childhood. Some say Wei lost her limbs after getting hit by a car. But since she was so young at the time, she couldn't remember.

Wei recalled, "I've lived without legs for as long as I can remember. I grew up with other kids in the welfare home. They didn't see me differently and never ever treated me differently."

Her physical challenges have never stopped her from enjoying life and seeing the world. Xi'an, Beijing, Dali, Lijiang and Sanya are just some of the cities that she has visited.

In 2017, Wei quit her job at the welfare home and moved to Shanghai. There she worked as a salesperson, customer service representative and manicurist for a year. 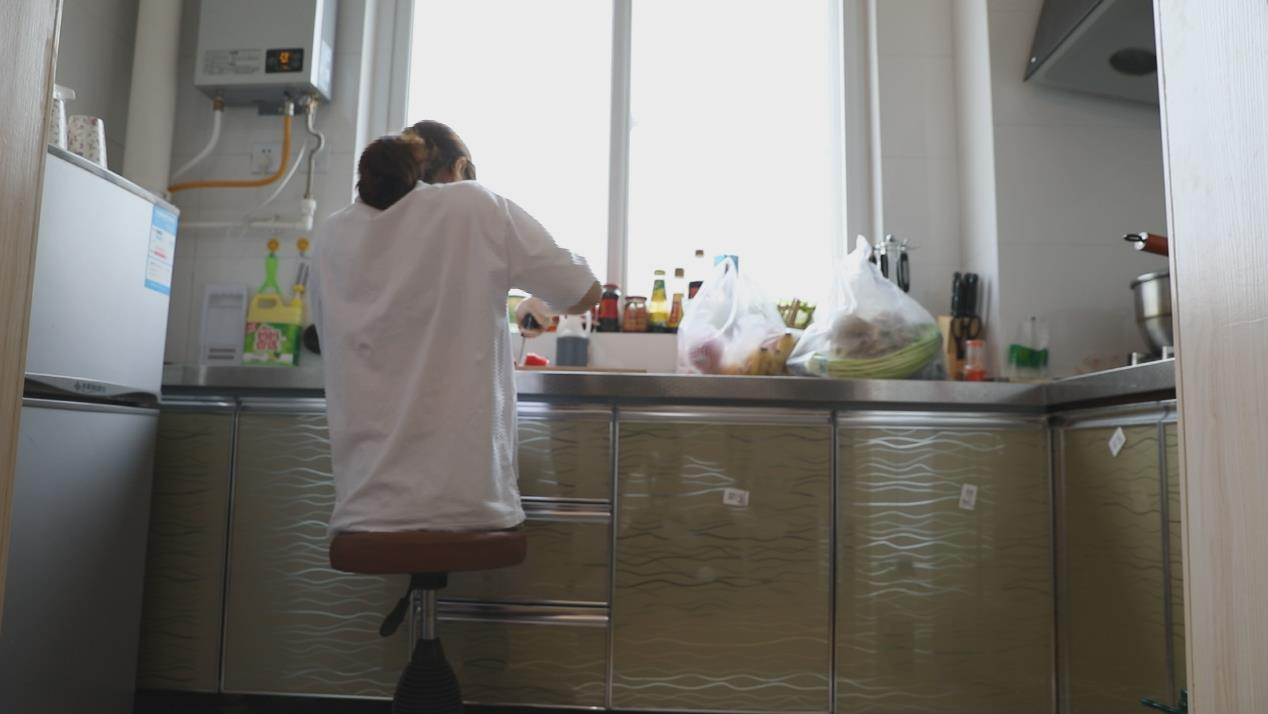 Wei Meinv cooking by herself at home.

"People say Shanghai is a big city. So I decided to go to give it a try. But I found it difficult to find an ideal job there. And I've realized I still have a lot to learn," she said, looking a bit upset.

Wei's experience in Shanghai opened her eyes and gave her some new ideas. Back in her hometown, she's now selling clothes online and also live-streaming videos, talking about her experiences to inspire more people.

At one point, she thought of quitting the online life altogether, but the encouraging comments and positive reviews kept her going. She said she's happy that people who feel like giving up can gain perspective after learning about her way of living.