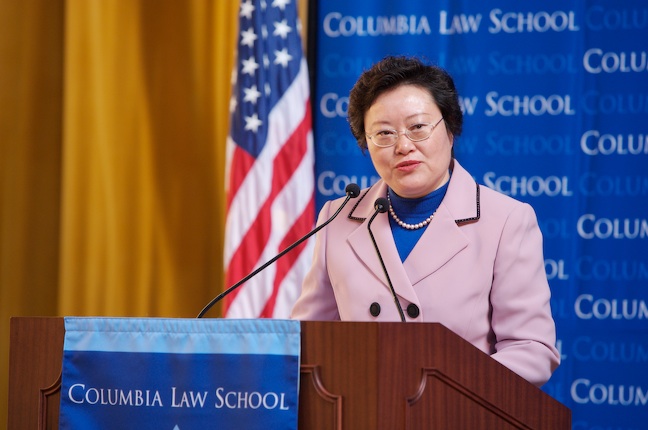 UNITED NATIONS, Nov. 12 (Xinhua) -- The elections of five judges of the International Court of Justice (ICJ) were held simultaneously at the United Nations General Assembly and the Security Council on Wednesday and Thursday. Chinese candidate Xue Hanqin, currently serving as the vice president of the ICJ, was re-elected with high votes.

The newly elected judges will serve for a term of nine years, beginning on Feb. 6, 2021.

The ICJ, which is based in The Hague, the Netherlands, and formally began its operations in 1946, is the principal judicial organ of the United Nations. The court's role is to settle legal disputes submitted to it by states and to give advisory opinions on legal questions referred to it by UN bodies such as the General Assembly and the Security Council.

The court is composed of 15 judges of different nationalities, all of whom are "persons of high moral character, who possess the qualifications required in their respective countries for appointment to the highest judicial offices or are jurisconsults of recognized competence in international law."

Five judges of the court are elected every three years and may be re-elected, with the requirement of obtaining an absolute majority of votes in the General Assembly and the Security Council for their election.

By contrast, all 193 member states in the General Assembly are electors and accordingly, for the purpose of Thursday's election, 97 votes constituted an absolute majority.