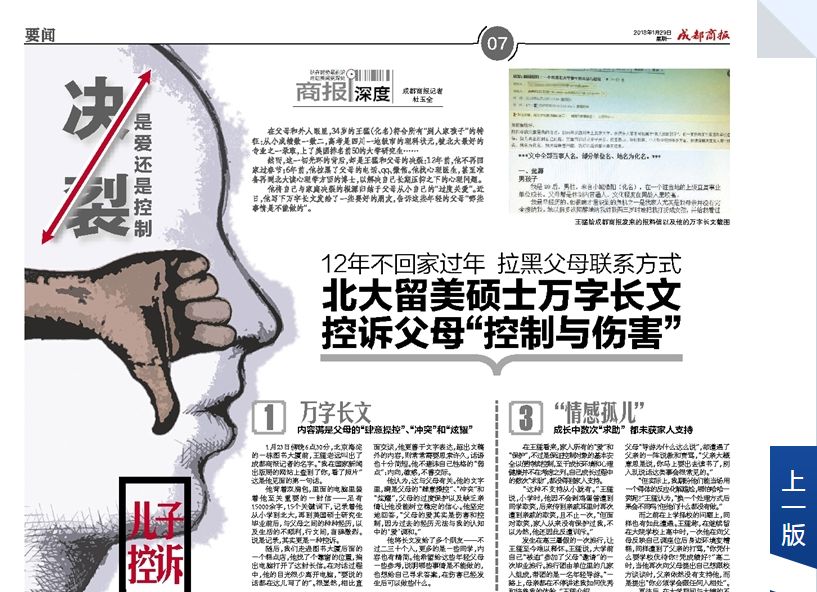 A new report on the quality of China's compulsory education has revealed that young students need more care and respect in the parent-child relationship.

The report, released by the National Assessment Center for Basic Education Quality with the Ministry of Education, found that only 6.5 percent of the fourth graders and 11.1 percent of the eighth graders said their parents cared about their psychological condition.

In comparison, nearly 80 percent of both age groups said they could feel parents' attention on their academic performance.

In both fourth and eighth grades, around 20 percent of the surveyed students reported that parents never patiently explain the reason when asking the children to do things they don't like, the report said.

The report was based on monitoring conducted by the center between 2015 and 2017, which assessed 572,314 fourth-graders and eighth-graders in 973 county-level regions across China.