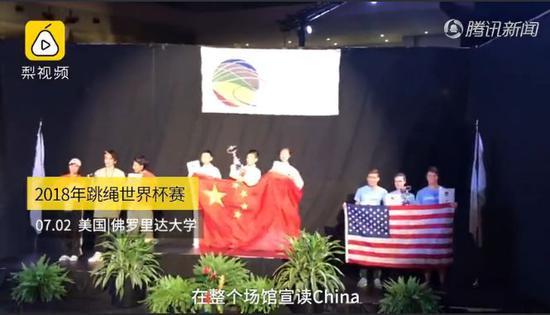 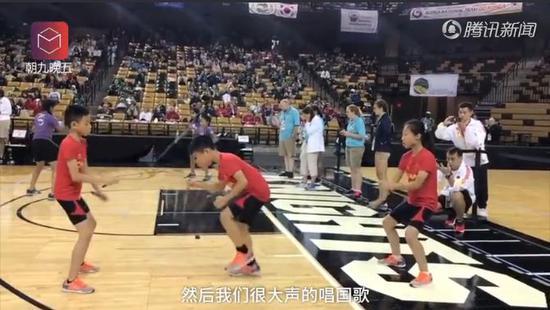 Double Dutch jump roping was just one of the many competitive categories at the trounament in Orlando, Florida. (Photo: huanqiu.com) 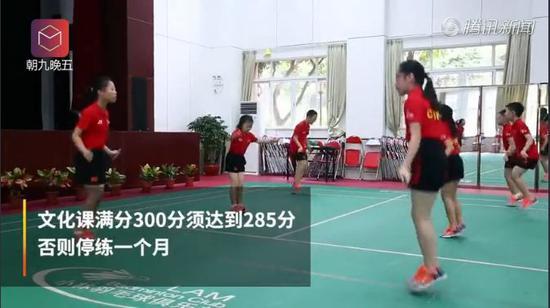 Members of the Chinese team warm up before competitiion. (Photo: huanqiu.com) 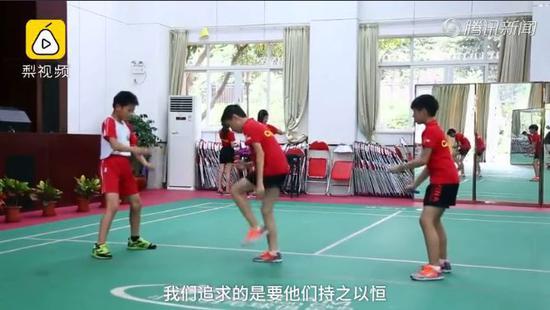 The Chinese national jump rope team returned to China last month with a trove of medals from the 2018 World Jump Rope Championships (WJRC) in Orlando, Florida. The team was made up of elementary school students between the ages of 7 and 13, according to huanqiu.com.

It was the first time a Chinese national team competed at the WJRC. The 49-member squad won 39 gold, 25 silver, and 18 bronze medals.

According to the General Administration of Sports of China, the team was chosen among the top scorers in previous national rope jumping competitions from last year.

The team’s coach said the youngsters flew 18 hours from China and suffered from jet lag after they arrived. The youngsters only had 24 hours to adjust to the time difference before the tournament began.

“They were leaning walls during breaks while warming up, and some even fell asleep almost immediately,” Coach Li recalled.

Almost everybody on the team was under the age of 10 and primarily made up of fifth graders with a large number of second graders rounding out the number.

“They are surprisingly independent,” Li said. “Every day, after competing, they would return the dorm, regardless of whether they were tired and would wash their clothes.”

Double Dutch is one of the categories within the tournament and involves three people who perform choreographed double-dutch routines. One person will jump as two others hold the rope.

The tournament does not enforce age or gender restrictions.

The children who represented China this year won the championships, and while they were standing on the highest podium at the end, because they were so young, they were still the shortest.

In 2017, a team of Chinese youngsters won first place in a world-renowned choir competition in Arezzo, Italy, outperforming choirs from Austria, Hungary and 14 other nations.

The young students cried while standing on the championship platform as the Chinese national anthem played. Many were touched by this and said the power of China’s great youth was truly inspirational.