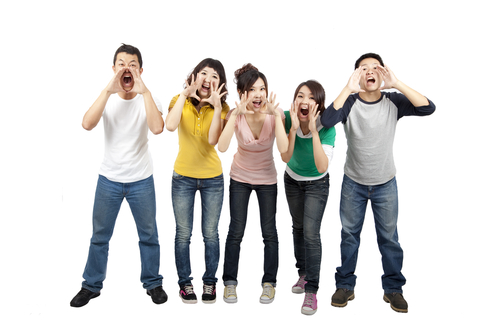 Documentary director Xu Huan did not think her cultural relics videos would become a hit among Chinese youth. "When I first started, it was a personal interest project to tell the history of the objects on camera. But now public interest in such films is growing," she said. Xu, 49, has been filming relics and museums for the last 13 years and her latest work "If National Treasures Could Talk" debuted on China Central Television (CCTV) in January and soon went viral online, with a single episode attracting over 500,000 audience. "I found out many post-90s youth followed the program. But I didn't intend to make a program tailored for them," said Xu. Xu's idea to make five-minute episodes came during her travels abroad. In 2012, she visited the British Museum and bought a DVD which had short videos about its treasures. Xu started selecting artifacts and featuring their stories for a documentary about the Palace Museum which received excellent ratings. "This inspired me a lot. A slow pace and serious tone are not required for a quality documentary. Bite-size vivid storytelling can enable people to understand and appreciate the object easier and quicker," she said. "You came from the earth. With an upward face. As if you were looking up to the sky," the narrator reads, describing a 6,000-year-old jug shaped like a man's head and torso. "Let the relic do all the talking" is Xu's philosophy and this has been well received by young audiences. Since it first aired, the program has received tens of thousands of supportive "danmu," the live viewers' comments that fly across the screen on video-sharing platform bilibili.com,popular with China's post-90s generation. "People take it for granted that millennials get bored easily with shows focused on culture and traditions. Actually we are just as interested as our parents," said Wang Ying, a student who studies ancient history in Beijing Normal University. A report by CSM, a leading Chinese media research company said young Chinese previously preferred TV shows with pop idol guests, but a growing number are turning to cultural TV programs. Xu admitted she underestimated youth interest in traditional culture and artifacts. "Actually, we don't stress how ancient the object is in the program. Even before I started filming, I told myself this program should not just focus on the objects, but their evidence of human history and connection to people in China and around the world," said Xu. Antiques are often seen as a witness to history, yet the documentaries have helped unearth the human stories behind them. On bilibili.com, many viewers said they wanted to visit museums and have a closer look at the artifacts after watching the program. Wang Ying said it is like a treasure hunt. "When you are told what these treasures are like, where they are, and how they are related to you, you definitely want to see them," he said. Such feelings have enticed many young people into museums. Wang even became a voluntarily guide at the Capital Museum in Beijing. "We are used to learning dry facts from textbooks. But now I want to use my knowledge to help young children participate in engaging activities," said Wang. In recent years, museums across China are paying more attention to the way they present ancient artifacts to public and underlining their educational role as well. "Museums have to transform their role from simply displaying objects into promoting the audience's active learning with interactive activities," said Fang Qin, curator of Hubei Provincial Museum. The Capital Museum holds many interactive activities, such as workshops that are designed to teach children how to recreate artifacts. "Both my daughter and I love such workshops. For example, we attended a class to learn how to make pottery and learnt about the history of Chinese pottery. After the class, my daughter told me she could not believe how smart our ancestors were," said Wang Jun, 31. Wang runs an online chat group for 320 mothers. She was impressed by the program "If National Treasures Could Talk" and studies the detailed history and stories behind each artifact and posts her findings in the group. She has also organized three parent-child museum tours to allow children "touch history and communicate with the artifacts." "Never look down on the youth. They are young but they are also quite interested in our traditions and have their own observations," said Xu Huan. Xu still remembers at a preview screening, a primary school student raised his hand and asked why a hawk-shaped piece of pottery was so fat. "Everyone laughed. It looked different from the other artifacts, and the child showed he was paying close attention to that," said Xu.