CHINA Chinse envoy calls for advancement of transition in Mali

Chinse envoy calls for advancement of transition in Mali 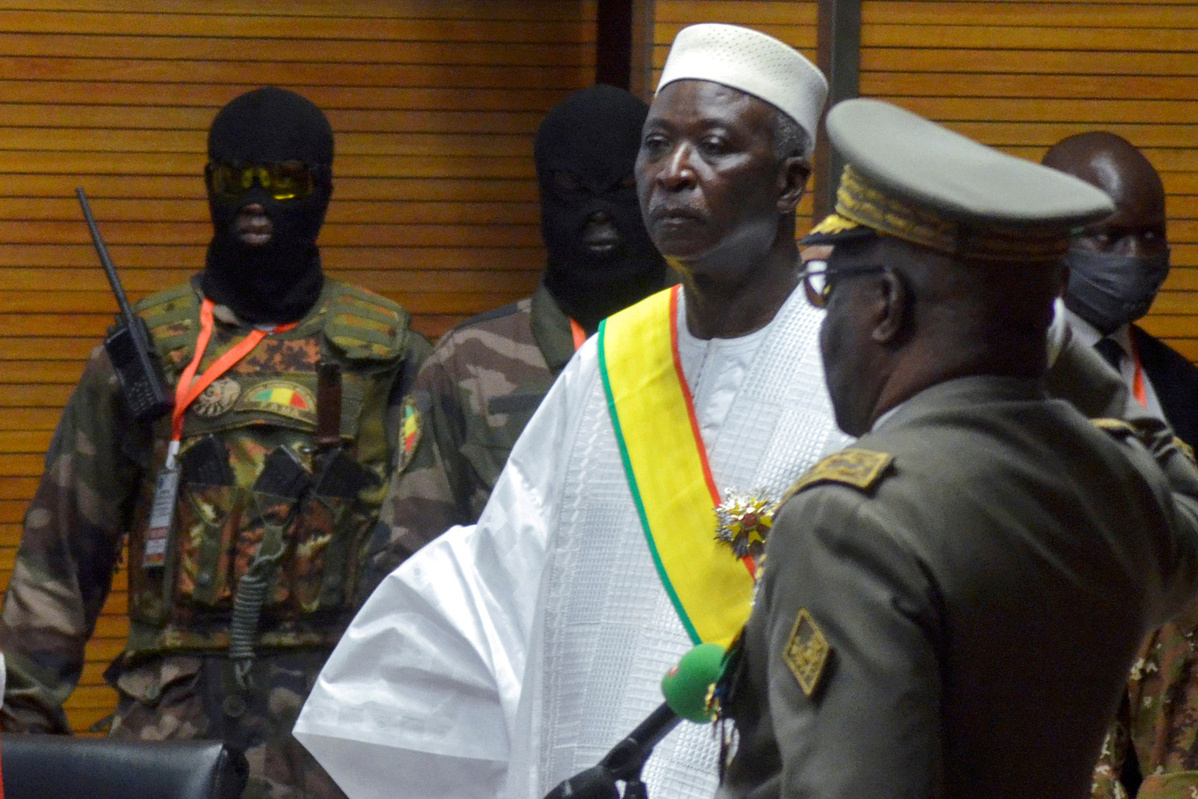 The new interim president of Mali Bah Ndaw is sworn in during the Inauguration ceremony in Bamako, Mali Sept 25, 2020. (Photo: Agencies)

UNITED NATIONS - A Chinese envoy on Thursday called on Malians, with the help of the international community, to advance transition in the country.

The situation in Mali after the Aug 18 mutiny has triggered widespread attention from the international community. China is happy to notice that the president and vice president of the transitional government have been sworn in, a prime minister has been appointed, and that the Economic Community of West African States (ECOWAS) has decided to lift sanctions on Mali, said Zhang Jun, China's permanent representative to the United Nations.

"We welcome these positive developments and commend the efforts of Malian stakeholders and ECOWAS for their commitments to a peaceful resolution of the crisis," he told the Security Council. "That said, to restore peace and stability in Mali, there remain many challenges ahead."

The implementation of the Malian Peace and Reconciliation Agreement has stalled. In central and northern Mali, the security and humanitarian situation has deteriorated. COVID-19 has made things worse, said Zhang.

It is China's sincere hope that all parties in Mali will put the interests of the country and people first, stay on the track of dialogue and cooperation, and build on the current positive momentum, so as to advance the transition in a steady manner, he said.

Zhang asked for efforts to implement the Malian Peace and Recognition Agreement, to fight terrorism and to boost sustainable development in order to eliminate the root causes of instability.

It is imperative to continue the implementation of the Peace and Recognition Agreement, said Zhang.

Since the agreement was signed in 2015, considerable progress has been achieved thanks to the efforts of all Malian stakeholders. However, much remains to be done, he noted. "We urge the transitional government and Malian stakeholders to renew their commitments to the agreement and to advance its implementation in conjunction with the transitional process, through institutional reform; disarmament, demobilization and reintegration; and consolidation of state authority."

The UN secretary-general's report on Mali points to increased frequency of terrorist activities with terrorist organizations capitalizing on the current facilities, thus aggravating the security situation in northern and central Mali. These trends are a cause for heightened vigilance, he said.

China encourages the transitional government to work more closely with the international community and employ all means available to fight terrorism and violent extremism. China supports the UN peacekeeping force in Mali to continue its support to the joint military force of five Sahel countries in its fight against terrorism, said Zhang.

Sustainable development must continue to move forward to eliminate the root causes of instability, he said.

The transitional government in Mali should increase its commitments to and investment in socio-economic development. That includes efforts to secure tangible results in building the Northern Development Zone and provide health care, education and other essential services to its people to improve their living standards effectively, he said.

China calls on the international community to actively assist Mali in its fight against COVID-19, support its economic and social recovery and help it achieve independent and sustainable development at an early date, he said.

At the international and regional levels, there must be increased support and greater synergy. This means the international community needs to continue to support African countries in finding African solutions to African issues and support ECOWAS and the African Union in playing their important roles to help advance Mali's transition, said Zhang.

Mali is currently at a crucial juncture. Malian parties must use transition as an opportunity to open a new chapter for national peace, stability, and prosperity, he said.

Together with the rest of the international community, China stands ready to continue its contribution to peace and development in Mali, he said.