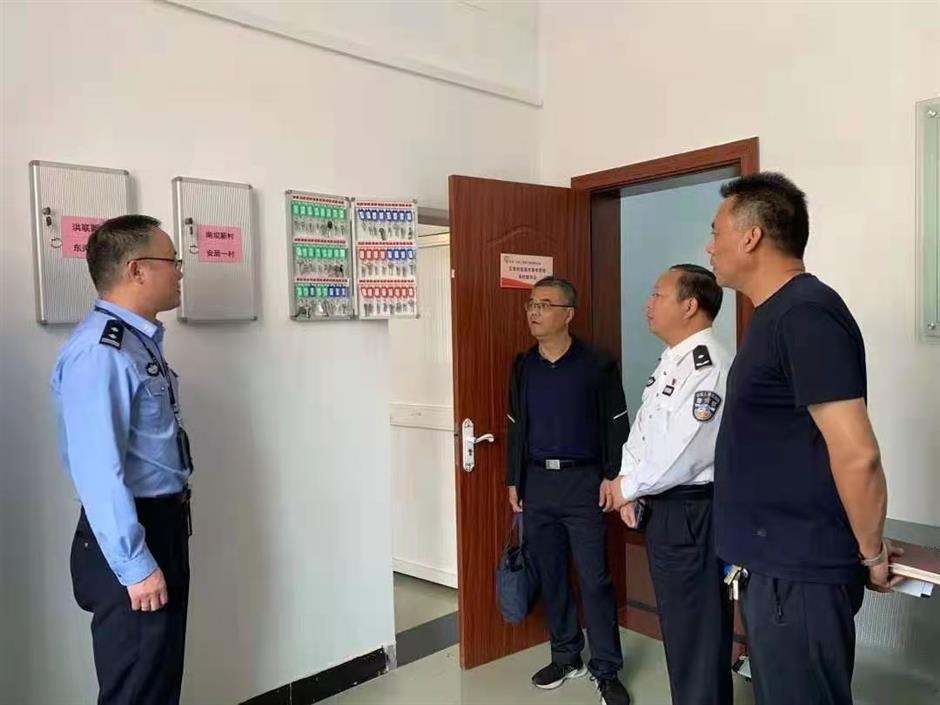 To address the problem of safety hazards in empty homes, police in Chongming District have become caretakers of such properties.

The new measure was prompted by an increasing number of reports to the district police in recent years related to empty apartments.

One case was reported in February by a woman surnamed Yang who has an apartment in a residential complex in the Changzheng area.

When Yang returned to her apartment on February 25 after a stay in early January, she found her new cookers and television set missing. The case was solved the next day after police found that her neighbor had robbed her apartment.

The problem is especially acute in the Changzheng area, where two in three apartments are empty most of the year. In addition to burglaries, illegal occupation of properties, fires and broken water and electricity facilities are often reported.

A total of 61 reports related to the empty homes were filed with police in the area last year, up from 45 in 2019, according to district police.

In April, the Changzheng Police Station became the first in the district to introduce a free service to owners of empty homes to keep their properties safe while they're away.

The service includes periodic patrolling of the homes, which are intensified during bad weather. When patrollers discover broken utility facilities, property management firms are asked to fix them with property owners paying later.

The district police said the service is supported by housing and justice authorities.

A trial of the service has been carried out in Changle Ercun, and 87 property owners, 73 percent of owners who have been contacted by the police, have agreed to receive the service.

So far, no burglaries have been reported in those apartments, and 33 cases of broken water pipes and fire and flood hazards have been rectified thanks to the home patrollers, police said.

The service has been expanded to other parts of the district.