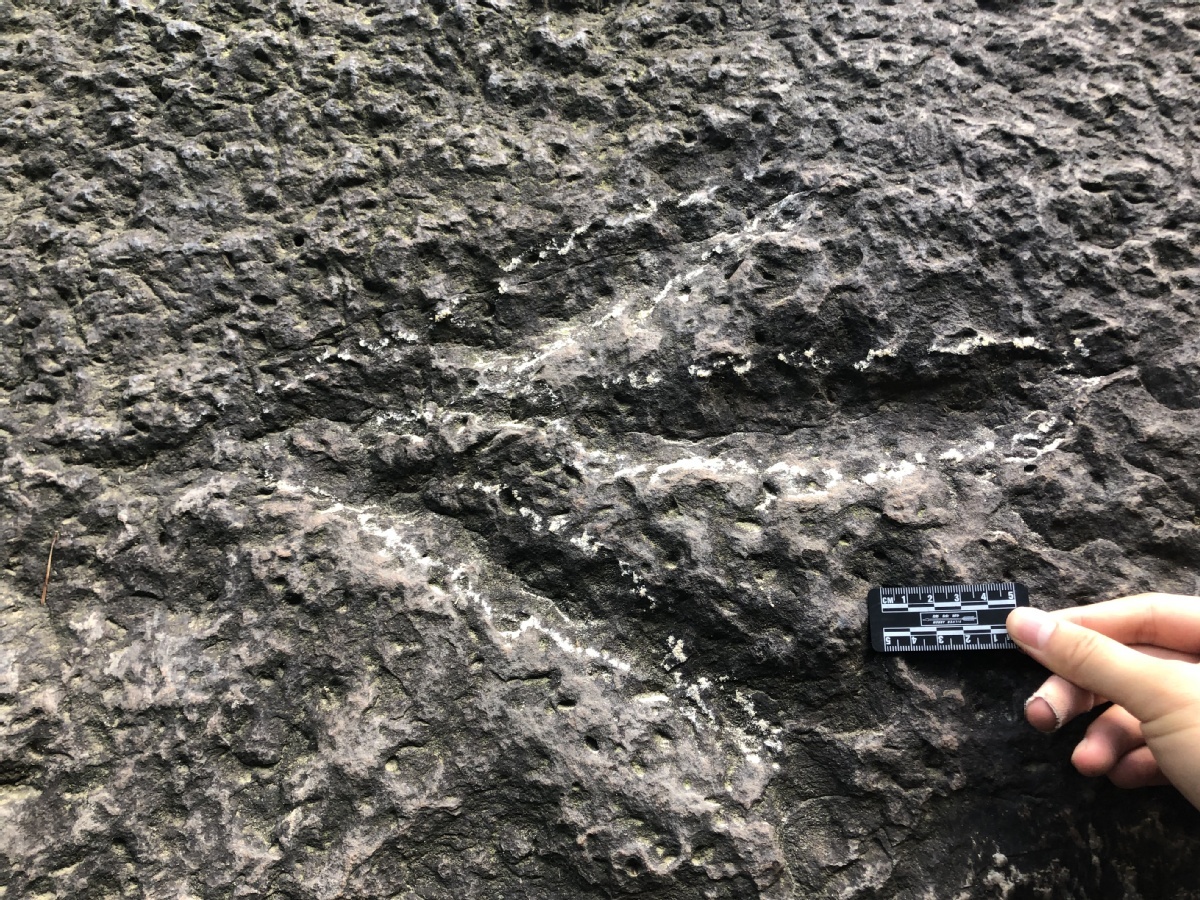 The so-called Geleshan tracks were imprinted on two quartz sandstone surfaces roughly three meters apart. The Chongqing Bureau of Planning and Natural Resources soon gathered a team of experts and identified the footprints as being from the Lower Jurassic theropod track assemblages. Theropods include the familiar Tyrannosaurus.

Recently, a research paper about the discovery — The Early Jurassic Kayentapus dominated tracks from Chongqing, China — was published in Historical Biology, an international peer-reviewed scientific journal of paleobiology.

The paper was written by Xing Lida from China University of Geosciences, Dai Hui from Chongqing Laboratory of Geological Heritage Protection and Research, Wei Guangbiao from the Chongqing Institute of Geological Survey and six other experts.

The paper noted that it has long been known that Lower Jurassic theropod track assemblages are dominated by theropod tracks, including creatures such as the Eubrontes and Grallator, which have been known in North America since the mid-19th century. Only comparatively recently was it recognized that such creatures where also abundant in other regions, including China, making them important components of a global Lower Jurassic footprint assemblage zone.

"The newly reported Kayentapus occurrences reported here from the Lower Jurassic Geleshan site in Chongqing, China, provide some of the best-preserved examples in Asia and show that this animal can be consistently distinguished from robust Eubrontes. The assemblage is further evidence that the dinosaur track sites of the Lower Jurassic were dominated by theropods in Asia and globally with a consistent diversity of track morphotypes," it said.

Jurassic layers of stone are exposed in many places of Chongqing, accounting for roughly three-fourths of the total area. This stone record was made by a theropod with a body length of about 5.4 meters, the paper said.